The Smart Way to Starting Your Own Business: Who cares what they’re doing?! 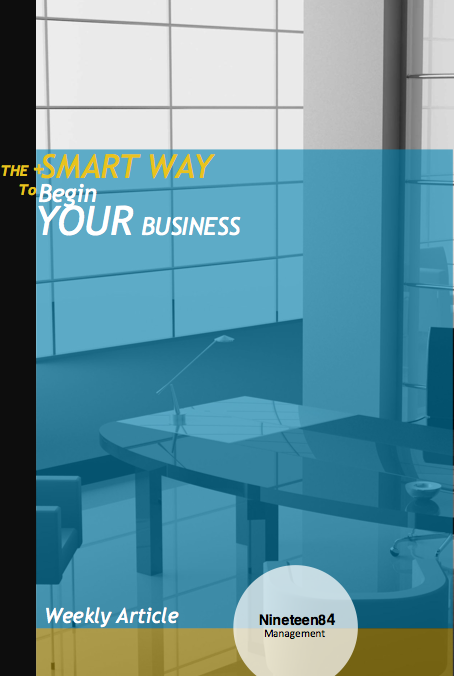 In the end, it’s not worth paying much attention to the competition anyway. Why not? Because worrying about the competition quickly turns into an obsession. What are they doing right now? Where are they going to do next? How should we react? Every little move becomes something to be analyzed. And that’s a terrible mind set. It leads to overwhelming stress and anxiety. That state of mind is bad soil for growing anything.

It’s a pointless exercise anyway. The competitive landscape changes all the time. Your competitor tomorrow may be completely different from your competitor today. It’s out of your control. What’s the point of worrying about things you can’t control?

Focus on yourself instead. What’s going on in here is way more important than what’s going on out there. When you spend time worrying about someone else, you can’t spend that time improving yourself. Focus on competitors too much and you wind up diluting your own vision. Your chances of coming up with something fresh go way down when you keep feeding your brain other people’s ideas. You become reactionary instead of visionary. You wind up offering your competitor’s products with a different coat of paint.

If you’re planning to build “the iPhone killer” or “the next Panadol” you’re already dead. You’re allowing the competition to set the parameters. You’re not going to out-Apple. They’re defining the rules of the game. And you can’t beat someone who’s making the rules. You need to redefine the rules, not just build something slightly better. Don’t ask yourself whether you’re “beating” Apple (or whoever the big boy is in your industry). That’s the wrong question to ask. It’s not a win-or-lose battle. Their profits and costs are theirs. Yours are yours.

We Said This: If you’re just going to be like everyone else, why are you even doing this? If you merely replicate competitors, there’s no point to your existence. Even if you wind up losing, it’s better to go down fighting for what you believe in instead of just imitating others.