A press conference was held yesterday by the “No To Religious Parties” campaign group demanding niqab banning. Mohamed Attiya, coordinator of the campaign, announced last week that the conference will be held in the presence of political figures as well as political science professor Gamal Zahran, writer and journalist Farida ElShoshaby and human rights activist Shahenda Maklad.

As expected, thousands took to social media to express their anger, with many explaining that banning women from covering up is no different than forcing women to cover up and that the movement violates the freedom of personal belief.

Read some of the reactions condemning the campaign: 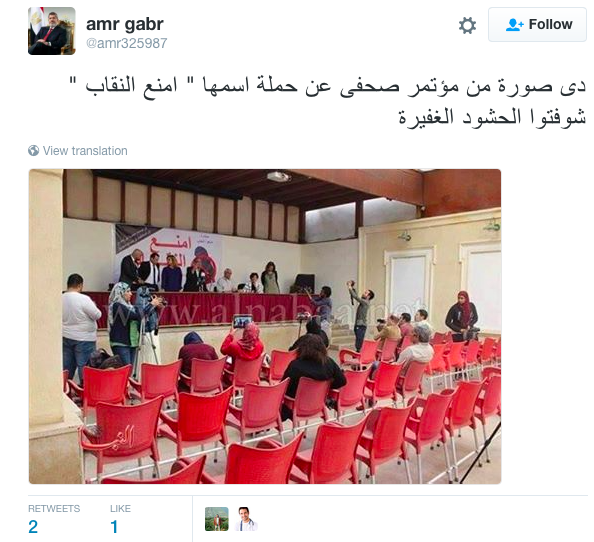 WE SAID THIS: Don’t miss Veiled Women in Egypt Stand Up Against Anti-Veil Movements.