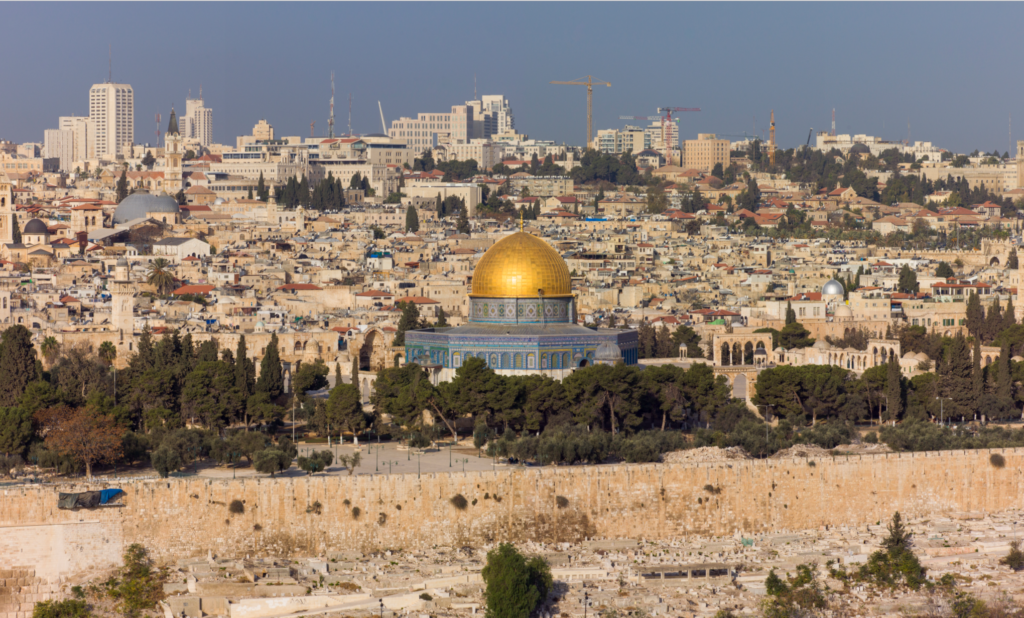 President Donald Trump wants to move the U.S. Embassy in Israel from the capital, Tel Aviv, to Jerusalem. Here are a few things you need to know about the proposal.

“We will move the American Embassy to the eternal capitol of the Jewish people, Jerusalem,” Trump said in a speech before AIPAC in March 2016, while he was campaigning for the U.S. presidency.

Asked in early January if he remembered his statement, Trump said, “of course I remember what I said about Jerusalem.”

“You know that I am not a person who breaks promises,” he added.

“”If it were already a decision, then we wouldn’t be going through a process,” Sean Spicer, the new White House press secretary, said in his first press briefing on Monday, Jan. 23. “His team is going to continue to consult with stakeholders as we get there.”

Bill Clinton pledged to move the embassy to Jersualem while campaigning ahead of the 1992 election. He did not follow through, and both houses of Congress then passed the Jerusalem Embassy Act of 1995. Three consecutive presidents have since waived the law 35 times.

The law states, “The United States maintains its embassy in the functioning capital of every country except in the case of our democratic friend and strategic ally, the State of Israel.

There are 86 countries with embassies in the state of Israel, and all of those embassies are in Tel Aviv and the Gush Dan metropolitan area.

The countries which operate consulates in Jerusalem generally regard them as diplomatic missions to Jerusalem, rather than to Israel. The U.S. currently has a consulate in Jerusalem, which is considered the mission to Jerusalem and the Palestinian Authority.

This one is unclear. While a number of UN resolutions – particularly U.N. Security Council Resolution 478 – have refused to recognize Israeli sovereignty over East Jerusalem, nor Israel’s Jerusalem Law, which passed in 1980 and declared Jerusalem a “complete and united city” as the capitol of Israel. In fact, the few embassies that were located in Jerusalem moved to Tel Aviv in protest of the proclamation.

That said, a U.N. Resolution isn’t law, and we haven’t been able to find an international law the U.S. would be breaking by moving its embassy.

Middle East Eye also reports that moving the embassy would “constitute a serious violation of international law,” although the article references U.N. resolutions and an advisory opinion from the International Court of Justice.

WE SAID THIS: CNN has a great roundup of the legalities and positions on either side. Check it out here.