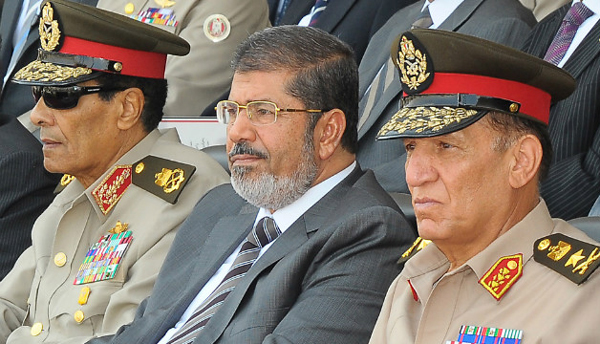 Last Sunday, the decision took by the Supreme Constitutional Court and carried out by the Supreme Court of the Armed Forces to dissolve the parliament has been defied by new President Mohamed Morsi.

The president issued a presidential decree ordering the Parliament to resume its functions until new parliamentary elections are held, within two months after the drafting of the new constitution. The Constituent Assembly expects that the constitutional draft will be finished within three months.

A Remarkable Gem In The Heart of Cairo: Why Al Azhar Park Is The…

The SCC, after holding an emergency meeting, issued a statement one day after Morsi’s decision, giving the new president 36 hours to ratify the order of disbanding the parliament, saying that its verdicts are final andbinding to all state bodies.Despite this warning, the president and his supporters have refused to back down his decision.

The parliament spokesperson and member of the Muslim Brotherhood, Saad al-Katatny, has agreed on enforcing the decision of the president. Katatny said that reinstating the People’s assembly was not against the void of the Supreme Court, but rather against the decision of SCAF to dissolve parliament two days after that verdict. More than half of the parliamentary members–most of them from Islamist parties- have attended one of the shortest sessions in its history.However, several secular and socialist parties have boycotted the parliamentary session, claiming that Morsi’s decree is unconstitutional and illegal. Probably, more liberal members fear Islamists taking over the presidency and the parliament.  What seems clear is the polarization between the parliamentary members.

The Muslim Brotherhood has organized a demonstration for yesterday in support of its former member Mohamed Morsi’s.