Let us all agree that there is a genuine and natural difference between the literary text and the cinematic text. Indeed, the viewer who is searching for the complex details of the novel within the film, may or may not find them.

Given that the relationship between literature and cinema is eternal, it deserves some of our attention. Hence, here is a list of the most memorable and successful iterations of the marriage between the silver screen, and the bookstores. 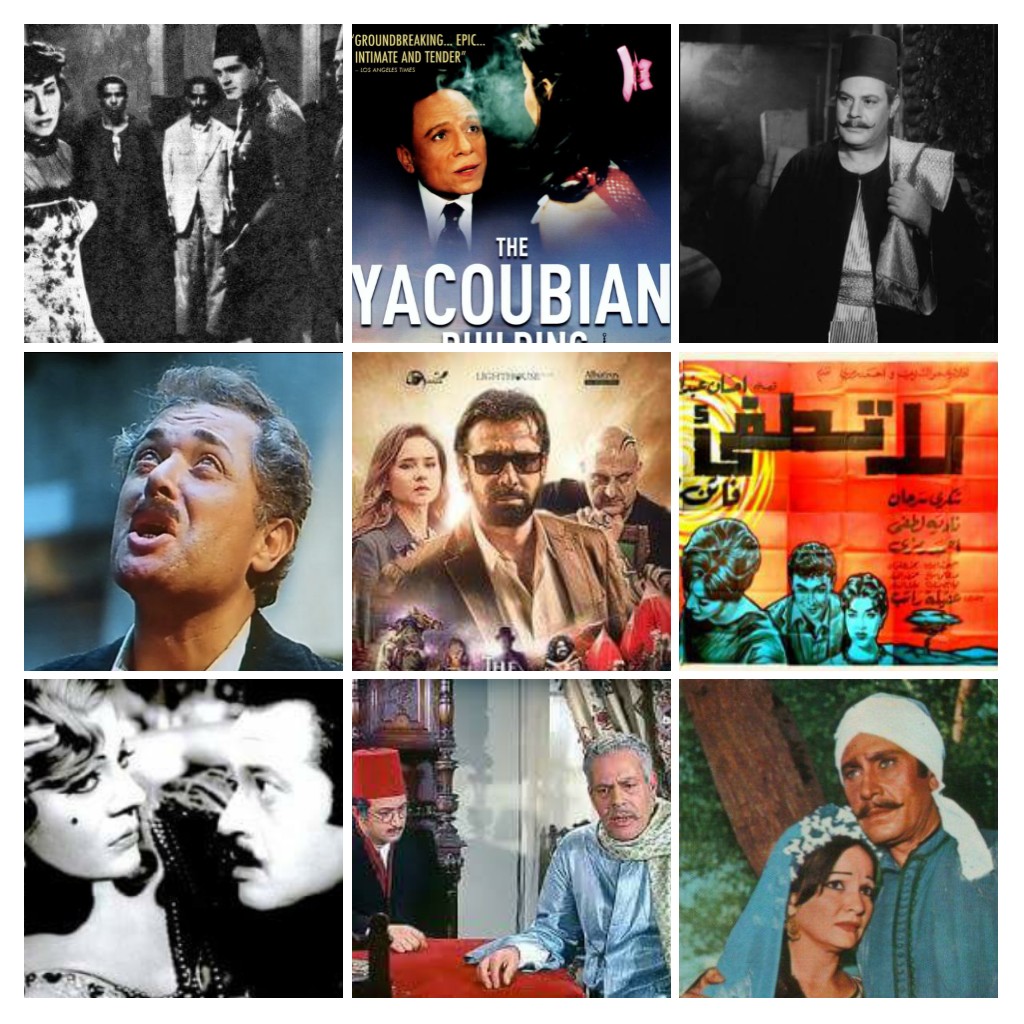 The protagonist -Al Sheikh Hosny- is a blind man who narrates how he has come to lose  his sight. Hosny ,however, refuses to accept his blindness as a debilitating force. Hosny’s rejection of being perceived by others and perceiving himself as disabled, makes him a character of great strength and a sincere lover of life.

Adapted from a novel carrying the same name – written by Ahmed Mourad – this film was a great success in the box office. While I personally believe that the novel is much better than the film, I think that filmmaker Marwan Hamed and novelist Ahmed Mourad did the best they could possible do, when it came to transforming the literal text into a cinematic one.

The being said, the novel possesses an incredible amount of innovative details and a large quantity of descriptive writing, so much so in fact that it opens up several doors and windows with in the reader’s mind.

The great writer Tharwat Abaza published a short story, under the same title. in the early 1960s. He gave his readers a rich text saturated with vivid descriptions of timeless struggles, and huge socio-political underpinnings.

The story is set in a small rural village, and revolves around a girl named ‘Foa’ada’. Foa’ada is in with loves ‘Atrees’; an innocent young man, who turns into a mass-murdering and tyrannical village dictator. The villagers -with Fo’ada on their side- struggle against Atres’ reign of terror.

It is no wonder that the plot line attracted filmmaker Hussein Kamal. Kamal beautifully transformed the literal text into a cinematic one. The movie is actually much more famous than the short story.

4. The Yacoubian Building by Marawan Hamed

Both the novel and the movie, share the same title, and have received similar rave reviews. The plot line revolves around the lives of the residents of an old downtown Cairo apartment building, and depicts their personal internal struggles, and their struggles with an ever changing Egyptian society.

I consider this film to be one of the most beautiful and well-crafted films of Egyptian cinema. Even if you do not share this opinion with me, you have to agree that the film and the novel are admiringly brave and raw in the ways in which they portray some of the ills present in Egyptian society.

5. Bedaya Wa Nehaya (A Beginning and An End) by Salah Abu Seif

Based on a novel under the same title -written by literal mastermind and Nobel Prize winner Naguib Mahfouz- this cinematic adaptation in particular is famous for so many reasons. Firstly, it was the first of Mahfouz’s novels to be made into a film. Secondly, the film featured a lot of A-list stars: Sana’a Jameel, Amina Rizk, Farid Shawqi, Salah Mansour, and Omar Elsherif, all starred in this movie.

Thirdly, and most importantly, the story’s plot line made it an instantaneous hit. This melodramatic text revolves around the life of a family, after its patriarch’s death. The movie portrays how extreme poverty may forces humans to commit unthinkable sins, and push humans away from their own humanity. Death, sin, and human nature take precedence in this plot line.

The great novelist Ihsan Abdel Quddos describes the complexity of human emotions, with all their contradictory and confusing aspects in a novel (under the same title). The story line revolves around the life of a family, after the death of their father. Each of the family members face his/her own moral dilemmas, and extensive struggles.

Bein El Kasserin (Between Two Palaces); Kasr El Sho2 (The Palace of Desire); and El Sukkariyah (The Sugar Street), are surely names you have heard of before today. Indeed, those names are titles to Naguib Mahfouz’s infamous novel trilogy; this trilogy is one of the main reasons behind Mahfouz’s win of a Nobel Prize in literature in the year 1988.

These three masterpieces, are all interlinked via their protagonist: Mr. Ahmed Abdul Jawad. The three novels follow the character development stages of Kamal – Abdul Jawad’s son- from childhood to adolescence to adulthood.

All these movies -much like the novels- took audiences by storm. There was, however, a lot of criticism attributed to both the literal text, and the cinematic one. The criticism was largely led by conservatives who believed that the ills of Egyptian society – portrayed by the books and the movies – were a mere hyperbolic exaggeration aimed at making Egyptians/Egypt look bad.

The truth is, however, Mahfouz and Imam – through their separate yet interrelated artworks- were able to reveal the ills and hypocrisy of Egyptian society.

WE SAID THIS: Let us know all about your experiences with novels turned into films, in the comments section.