Remember when we wrote about King Farouk’s personalized Patek Phillippe watch being auctioned at Christie’s Dubai Auction? Well, guess what; it has just been sold for the sum of $912,500 on Friday, breaking all records in the Middle East.

The timepiece has a pre-sale estimate of $400,000 to $800,000. King Farouk’s love for watches was inherited from his father, King Fuad, he owned many pieces from the world’s greatest watchmakers.

Faten Ali Nahar: The Woman Running Against Assad for Syria’s…

The auctioned Patek Philippe Reference 1518 was launched in 1941 and only 281 pieces were created of this model. The personalized watch has an engraving on the case back of the Royal Crown of Egypt, and the letter “F”. 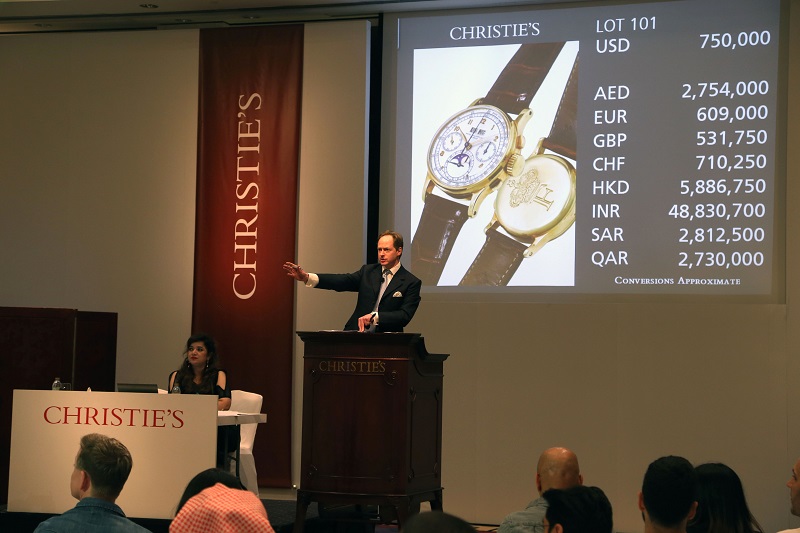 WE SAID THIS: We wonder who bought it!