Embrace Your Lost Dreams? No, Thank You. 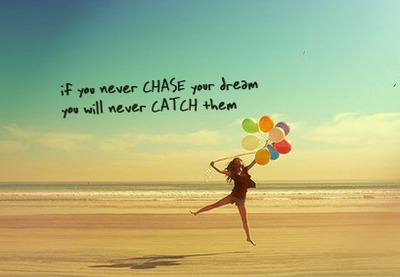 When we were kids, adults used to ask us what we wanted to become when we grew up, not that it was going to make any difference, but because they probably wanted to know what sort of people we are, to rate us on a scale of 1 to little Einstein.

When you’re a kid, no one expects a thing from you, you don’t have any experience; you don’t know what your abilities or talents are. You’re flying wearing the wings of ambiguity because you’re just a kid, and that’s how you’re supposed to be then. But the problem is that this issue expands all the way till you reach high school, with some change of plans, dreams and expectations but with one common factor; you still don’t know. So when you dream, whether you dream big or small, whether you dream sane or irrational, it shouldn’t count, because what do you know anyway?

It wasn’t until I reached High School when I realized I’ve wanted to become a lot of things. At first I wanted to become a space ranger so I can hang out in space –which explains my current rebellion against Earth- and then I suddenly wanted to become a belly dancer, a lawyer, a fashion designer, a writer, a pilot till I reached middle school when I wanted to own a supermarket. Of course I don’t need to explain the disappointment people felt when they asked me “Don’t you want to be a doctor like your father?” and I replied with a disgusted face “No, I want to open a Lego supermarket like the one I built last week”. I’m pretty sure I’m not alone, I bet all of you had crazy dreams when they were little, except for the traditional toddlers who wanted to become doctors because it’s cool to save lives and all.

But fortunately; we don’t need to worry a single bit about this phase because we grow up. We move on, we grow older and wiser and eventually we know better. Wait, we grow old right? We do, but some of us never get over that stage of unknowing. We keep running from one dream to another, not sure which abilities will achieve the magic formula.  And we will continue making the same mistakes with the same doubts every time, because we rush into our dreams with no strings attached.

But the world changes faster than you know it; what you considered motivating 5 years ago won’t be with the same interest to you now. They say you shouldn’t give up on your lost dreams, which can be quite a disaster if you ask me. Why would you restrict yourself to some kind of plan that you figured out when you were 8 or even 18? It works for some people but for others it doesn’t. It’s okay if you screwed up, if it didn’t work out. Figure out what you like, what sparkles your interest, and then work on it so you can maximize your options. Don’t dwell too much on the past dreams for your own good. Move on while you still can.

Now if you’ll excuse me, I’ll get back to building my Lego supermarket.

Sarah is an Egyptian sleep deprived wanderer who lived in Thailand, Egypt, and just moved to Italy to pursue her passion and further her art education. She will talk about her experience in Florence most of the time, and everything else that's worth saying. Sarah is fascinated and inspired by so many things that she will share with us here in her writings.