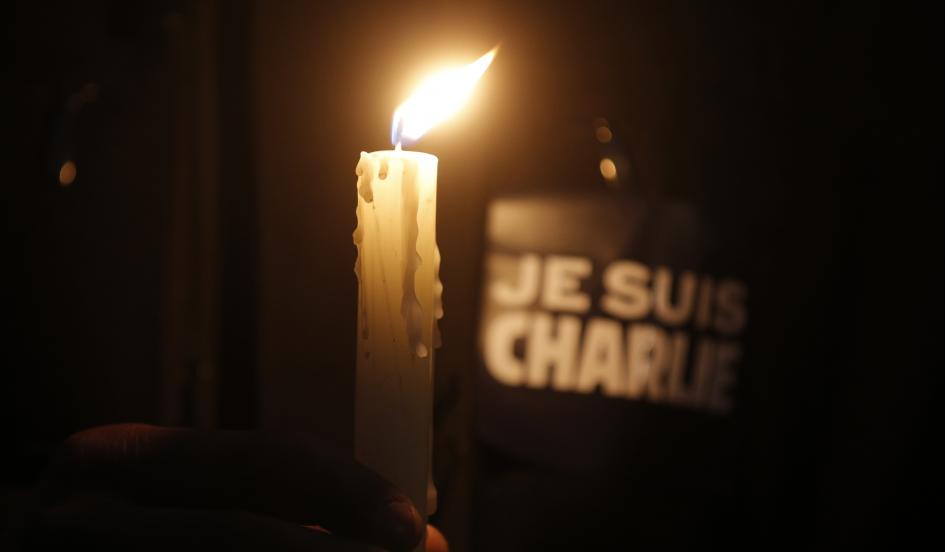 “Islam is a religion of peace.”

“Terrorists do not define the Muslim world.”

“I condemn the attacks carried out by terrorists in the name of my religion.”

As Muslims in the 21st century, we have all said some variation of the above. With the dawn of social media and the rapid fire transmission of information, sensationalism in the media has reached new heights.

The second a tragedy occurs, millions the world over are carefully crafting their social media response. Will I hashtag in solidarity? Will I status-rant? Or will I Instagram an emblematic and somber picture?

As social media continues to define, and redefine, what it means to be human, it seems that our virtual reality is the first place to respond to current events. The second a newsworthy event takes place, the masses flock to their social media platform of choice and take a stance – and with that comes an avalanche of highly opinionated, intensely emotional and sometimes poignant points of view.

While this is surely a great way for people to express their emotions and sociopolitical views, what is disconcerting to me is the increased tokenism and dehumanization that simultaneously occurs. The recent Paris attacks on the Charlie Hebdo offices are a perfect example.

I am not afraid to admit that I have taken to the cyber waves to voice my opinion on numerous occasions, and this was not any different. I was extremely saddened and angered by the news that 12 people were ruthlessly shot by armed men on Jan. 7, 2014.

Upon hearing the news, as is the norm now, I immediately turned to my timeline(s) for a live feed of the events as they unfolded as well as a barometer of public response.
I joined the countless others who declared #jesuischarlie as I shared news articles and circulated comic strips.

I watched as Muslims the world over denounced this act of senseless violence, apologized for their extremist brethren and emphatically pronounced that this does not represent their faith. I was content living in my virtual unipolarity. This was simply about religious extremism and violence vs. freedom of the press.

Within hours, I found discord brewing in my seemingly harmonious timeline. For every person denouncing the violence, there appeared another criticizing that stance. The moderates amongst them showed compassion, while pointing to the fact that a similar outpouring of support was not shown to the victims of the Pakistan school shooting weeks earlier.

The more cynical attacked others for feigning support in order to gardener social media respect. There were also those sharing Islamic scripture that proved the peacefulness of our religion, and others holding the cartoonists to blame for their disrespectful caricatures of Islam.

Pretty soon, heated arguments and fights arose all around the cyber kingdoms, as individuals took it upon themselves to carry the mantles of everything from freedom of the press to Islamic doctrine. In my humble opinion, any of these deeply complex issues are too heavy for any one person to bear – particularly in 140 characters.

As someone whose relationship with social media is quite complicated, I find myself waging the same internal battle. While I absolutely love the power this channel gives the individual – socially, politically and economically – I can’t help but be skeptical about this parallel universe we have created online.

It is undoubted that social media allows us to express our political opinions about current events – and that is a great release. It also allows us to share in each other’s grief and show support to people we would otherwise have no connection with.

With that, however, comes sensationalism and reductionism that I find worrying. Current events are broken down into digestible bits of information, to be consumed online, that are often bastardized and far removed from the truth. Emotional reactions are poured out online with no regard to the actual issue at hand, or any attempt to further delve into some pretty heavy subject matters.

The Paris shootings were a tragedy, and as such are a symptomatic manifestation of several sociopolitical issues plaguing our modern society that deserve more than a Facebook status. There are questions of religious fundamentalism and extremism. There are also questions of freedom of speech and its limitations (or lack thereof).

There are even those that will tie this to the presence of Arab immigrants in Europe at a time of increasingly rightist political leanings. Finally, and perhaps more importantly, there is the simple fact that human lives were lost amidst this flurry of political agendas.

Our incessant need to portray a certain image on social media has stripped us of a part of our humanity. We get carried away in pointless arguments over narrow perceptions of the truth. We generalize topics that could benefit from more critical examination. We attack anyone that has a different point of view, often demeaning those they claim to defend or speak on behalf of.

I believe that is why we are often forced to speak on behalf of vast populations that form a part of our identity. When I log on and fear public backlash against Muslim perpetrators of violence, I find myself speaking on behalf of my religion. I have to, right?

Because as much as social media has given the individual agency through digital democratization, it has also inflated our egos and given us a false sense of grandiosity. I must carry the mantle of my religion. I can, and will, with a few characters undo the violent acts that have cost countless people their lives. I can do that, right? Isn’t that the power of social media?

I am a woman, but I do not speak on behalf of my gender.

I am an Egyptian, but I do not speak on behalf of my country.

I am a Muslim, but I do not speak on behalf of my entire religion.

Because to do any of the above would be to reduce millions of people to a single point of view. My point of view. And that, in my opinion, strips away any sense of individuality or agency that the digital age promised us.

WE SAID THIS: I will not talk about politics or religion. I will not speak about the limitations of freedom of speech. I will not condemn or justify. I will just say this – my hearts go out to the lives lost in the Charlie Hebdo shootings, as well as any victims of politically-motivated violence.