Even though the historic decision won’t take effect until June 2018, Saudi women on Twitter are celebrating after years of fighting for their right to drive. 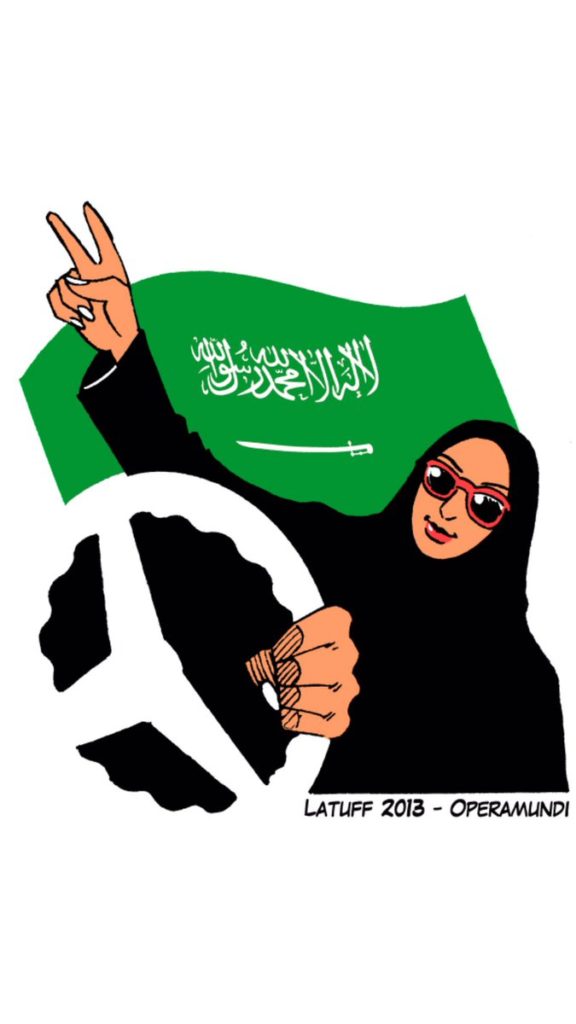 Saudi Arabia’s King Salman issued a law that allows women to drive for the first time ever last night. It should be noted that Saudi Arabia was the only country in the world that forbade women to drive. If women were caught driving in the Kingdom, they would either be arrested and/or fined.

Saudi activists shared their thoughts on Twitter using the hashtags #IAmMyOwnGuardian and #SaudiWomenCanDrive. Loujain al-Hathloul, an activist who was jailed for 73 days in 2014 for defying the ban tweeted “Thank God” right after the announcement.

Others shared memes and GIFs to show how happy they were. Twitter user @ALAA__ADEL shared a screenshot of her deleting the apps Uber and Careem as a way to celebrate this important announcement.

“I’m beyond happy Saudi Arabia is allowing women to drive. Everyone gets a carrr!,” another tweeted, sharing a popular Oprah Winfrey GIF.

Saudi artist, Taghreed Albaghshi, took to her Instagram to share her work, and my was it stunning. Superstar Rihanna loved it so much she she also shared it on her Instagram.

The funniest reaction was a meme of two women riding bumper cars with the caption “Dreams come true, started from the bottom…now we are here.”

WE SAID THIS: Who run the world? I guess you already know the answer.