The Round of 16 Lowdown: Day Three

THEY DIDN’T DESERVE TO LOSE (AKA Nigeria vs. France) 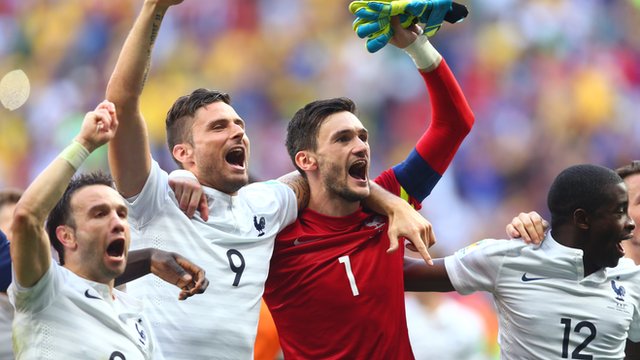 A statue of Vincent Enyeama (the Nigerian goalkeeper, FYI) should be put up in the center of Abuja (the Nigerian capital, FYI) for his epic performance yesterday. I am not entirely sure why Paul Pogba was nominated Man of the Match, as his goal was really nothing special. Enyeama spent the entire 90+ minutes leaping and deflecting French efforts away from the net. He was the game last night.

The France vs. Nigeria match in the Estadio Nacional Brasilia was loaded with opportunities throughout the first and second halves, the French were repeatedly denied by defender Ambrose and goalkeeper Enyeama. 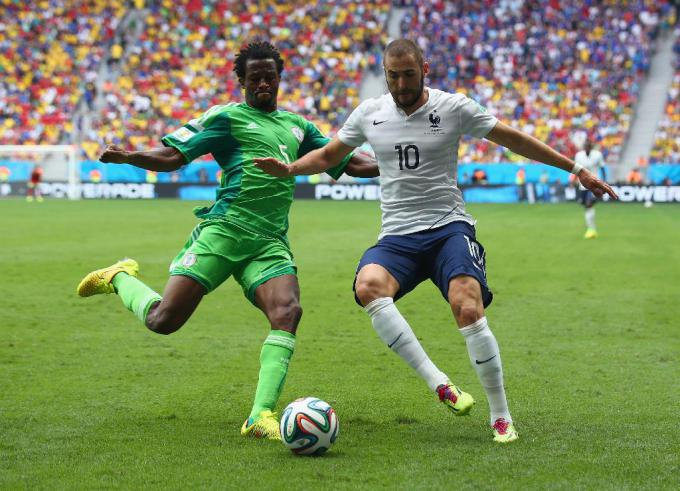 Nigerian striker Odemwingie danced around the French midfield and defensive line, but his attempts were blocked by the mildly effeminate goalkeeper Lloris. Ahmed Musa and Victor Moses were heroes for the Nigerian squad; Moses managed to clear a volley headed straight for the goal, while Musa constantly harassed the French defense.

Around the 75th minute, the French began to increase pressure on the Nigerians, it was then that I felt the game was about to unravel. In an attempt to make another stellar save, Enyeama ventured too far out of the box and didn’t punch the ball out of play, instead he directed it towards Paul Pogba’s head. Pogba directed the ball into an unguarded net, sending Les Bleus into the lead dangerously close to full time. There was not much time to equalize after Yobo mistakenly deflected a cross from Valbuena into his own net, the Super Eagles were out. 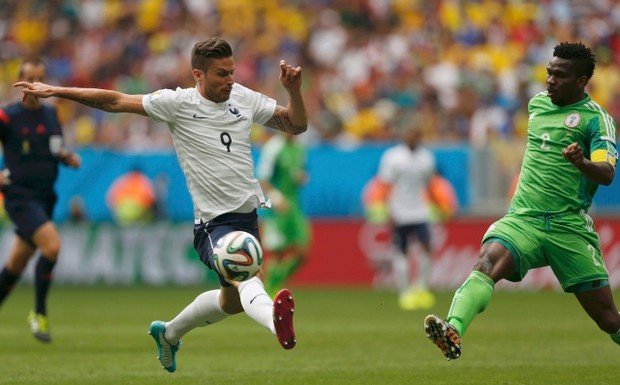 France will now face Germany in the Quarter Finals. 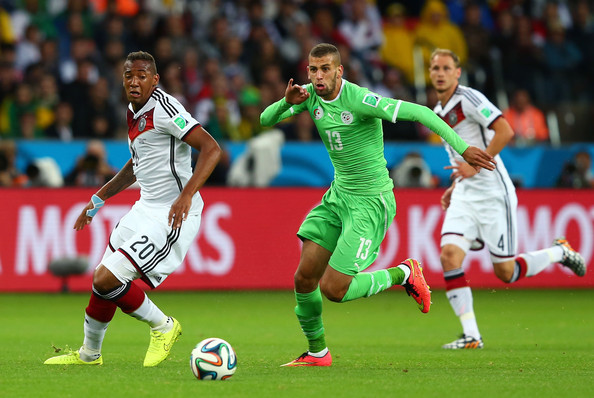 Fresh off their monumental qualification from the group stage, Algeria’s spirits were high and their confidence abounding. That is, until they were paired with tournament favorites Germany in the Round of 16. There has been a lot of talk about how the Germans were going to crush Algeria, and how the score would be upwards of 4-0.

Most Egyptians feel negatively about the Algerian participation at the World Cup, for a reason that I can understand, but I don’t really harbor any ill-will towards a squad that has qualified for the World Cup twice. CONSECUTIVELY (Egypt participated in the World Cup twice as well, in 1934 and 1990, not exactly consecutive). Anyway, back to the game.

Despite their eventual loss to the Mannschaft, Algeria proved the naysayers wrong as they kept the Germans away from their goal whilst also giving Neuer (the German goalkeeper) a hard time. Algeria was in control for a good portion of the first half, with Germany unable to find their feet. 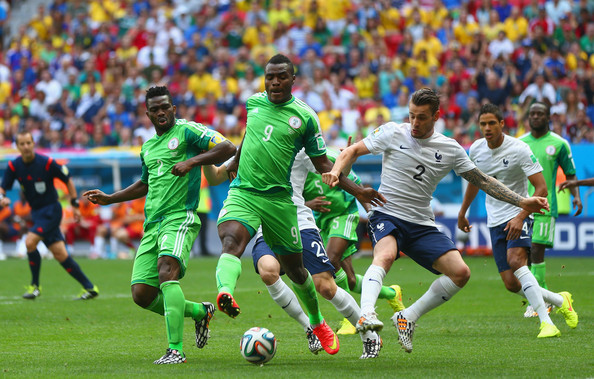 Following the break, the Germans emerged with renewed vigor, but the acrobatics of the Algerian goalkeeper Rais denied all the attempts. The Algerians matched Germans efforts until the full time whistle blew.

Extra time began with a blow from Germany less than two minutes in, courtesy of Schurrle. Özil capitalized on a rebound, sending the Mannschaft into the lead 2-0. An 11th hour goal from Djabou rallied his side, but before Algeria could equalize, extra time was over.

Algeria exits the tournament with their heads held high after a stellar performance, whilst the Germans will make their way to Rio to face off against France.

WE SAID THIS: Well done, Algeria…