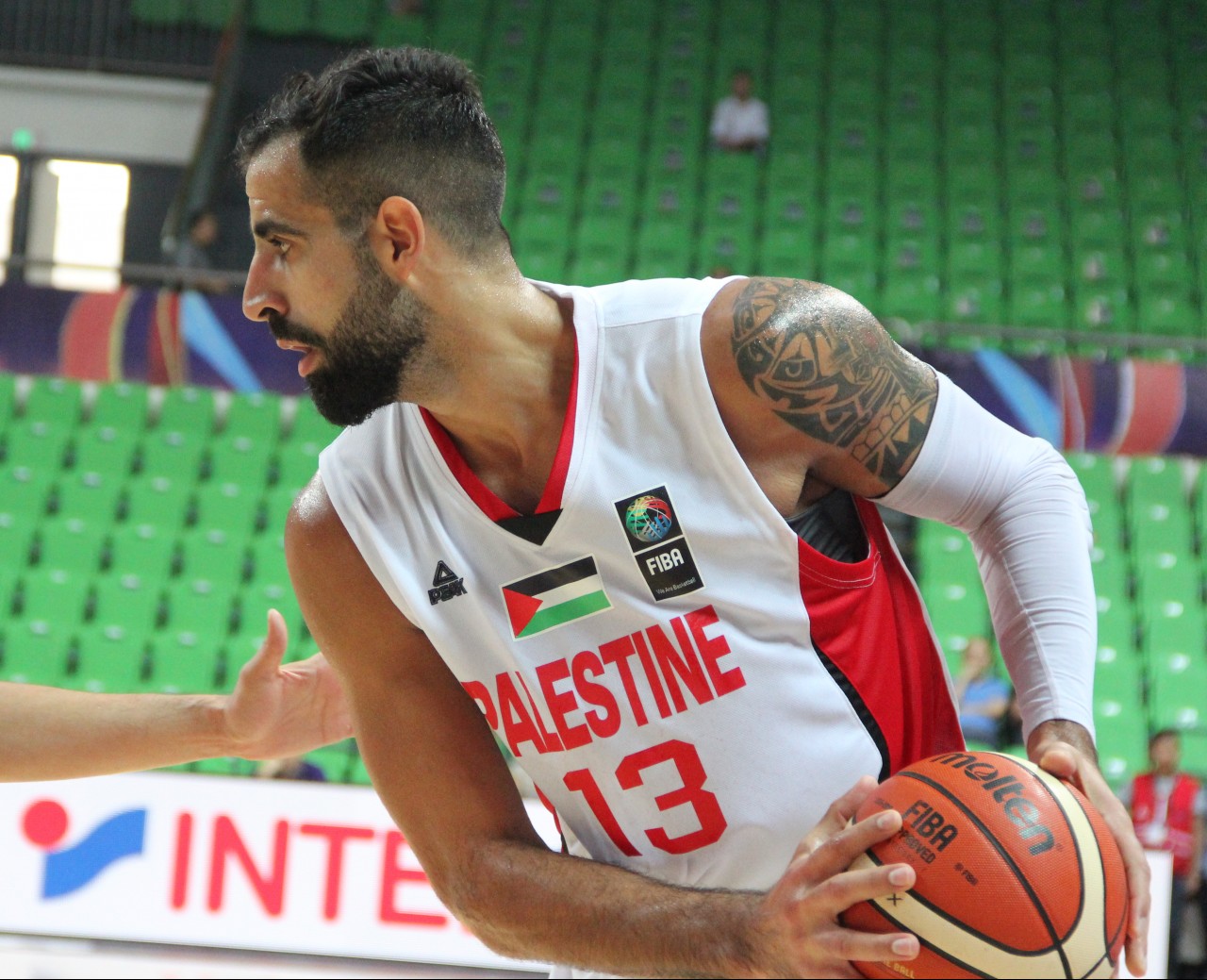 With good news coming out Palestine becoming unfortunately rare, one Palestinian’s story offers a glimmer of hope for anyone with a dream. Despite coming from a country constantly being pulled apart, Sani Sakakini has not only made a name for himself on the court, he’s managed to put Palestinian sports on the radar.

The 6’9” center has had opportunity to play in Jordan, Lebanon and China, as well as reviving his homeland’s team. I spoke with the Ramallah native about sports, struggles, and success.

1. You grew up in Palestine where basketball isn’t a popular sport, where does your passion for the game stem from?

I didn’t have a lot of resources that we have today to guide me towards basketball. When I was younger we used to watch the Jordanian basketball team — they were a very reputable team back in the day. I used to tell myself that I wanted to be like that, so when I grew up I started playing more seriously and my height definitely helped. Since I was 13, I used to play alongside people who were 10-15 years older than me and I played better than them, which really pushed me to pursue basketball more professionally.

I knew as a Palestinian who grew up in a country without any professional basketball there was a lot of doubt surrounding me. I told myself that it’s not that hard, I have to continue to push myself and show people that I can do anything I set my mind to even if I’m from Palestine. What’s the big deal that I’m from Palestine and I live under occupation or that we don’t have the proper facilities to play basketball?

When I started at Bir Zeit University I had already made a name for myself in Palestine. I was then offered a position from Jordan to play there with a full scholarship, and from there I took off professionally. The NBA is something that I look forward too, I would love to be used for one of those fantasy basketball rankings teams, that would be great.

2. What drives you to get better every day?

I’m very stubborn. In competitive sports, when a new person comes in people start saying, ‘Who is this guy? Does he think he’s better than us?’ especially since I was Palestinian playing in Jordan. I believe that no one is better than anyone, they have brains and limbs and so do I.

I’d always watch those who play better than me and learn from them. I used to train more than anyone on the team, I’d go to the gym in my spare time and practice before classes, which gave me an edge. I made sure I felt like I was constantly working hard for what I had earned.

3. What was the road like to playing on a professional team?

Practicing hard, dedication and depriving yourself of certain things. For example, I wouldn’t be going out or drinking just to get where I am today. A lot of people are not willing to make these types of sacrifices, but I was able to prioritize basketball above other personal desires. Youth is a precious thing for any guy but it takes a strong will to make big decisions and ultimately sacrifices.

It didn’t come easy, people see you in the game but they don’t know your life outside of it. People don’t see how hard you work outside to make those dunks and shots.

4. People think that in order to be a successful athlete you need to be physically strong, but you can only perform at your best if you’re mentally prepared. How do you would you describe your mental preparation for a game?

Mental toughness is often overlooked; it’s what allows other players to be better than others. For example, there are players that are crazy skilled, but when they step into a game they’re not ready, which can lead to a loss. To me, mental toughness is one of the most important things in playing basketball.

Regardless of what happens outside the court you have to separate yourself from it when you’re playing. I used to have a lot going on in my personal life when I was playing in college, but I always made a point to put it aside as soon as I started practice or a game. It’s a skill I’ve been blessed with and I’m extremely thankful for it. I’m a professional player, so for me, it’s all business. 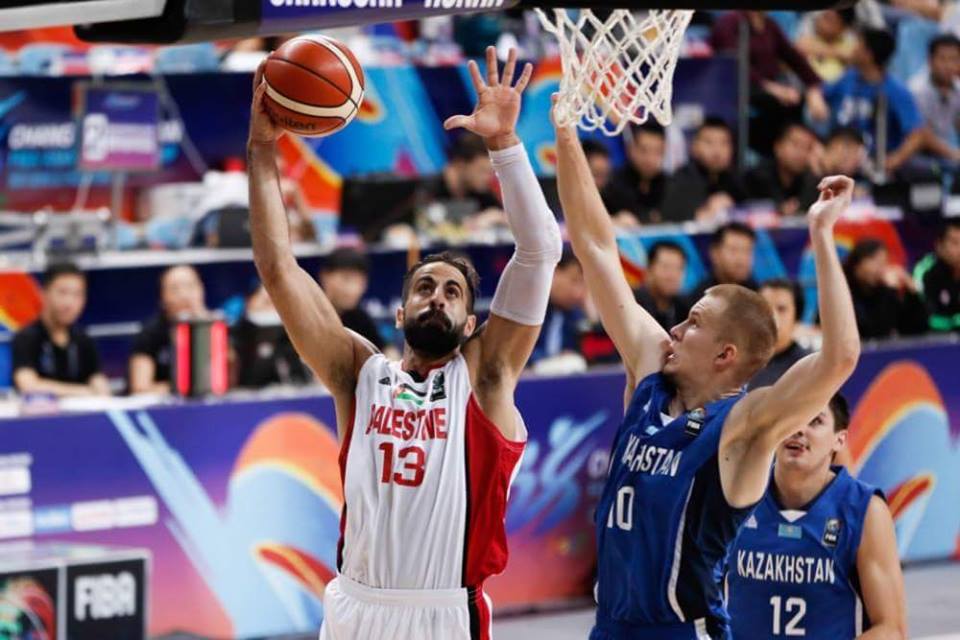 5. What keeps your passion alive for the game after doing the same thing for years?

I want to reach my highest goal and that requires time. Some people reach a point where they say, ‘I’m good here, I don’t need to go any further.’ I can’t think that way because I want to see how far I can go.

I can’t play till I’m 50; for athletes 38 years maximum is what your body can handle. That’s why I continue to work hard and rebuild personal strength. When I finish basketball, I can say I did my best, I don’t want to look back and say I could’ve done better.

6. How does your training differ from off season to season?

Game shape doesn’t happen in off season. I didn’t really understand the difference between the two, I used to work out the same the entire year, but when I went out to America and learned the professional way, I learned a lot; it’s understanding how to prevent injury, or lose weight during the season.

5 Middle East Spots Where You Can Ski Through Golden Dunes

7. How important is your individual development to your team’s success?

I’ve been told I’m a very good teammate. There are a lot of players out there that are selfish; they only care about their stats and scoring. They don’t care to help improve their teammates performance, but for me, I love to win and I love to help my team improve.

My teammates are very important to me. I play five-on-five, not one-on-one. The game has to be fun in order to play it right. You can’t enter the game stressed. I try to remove personal stress and the stress of my teammates so we can enjoy the game and help each other win.

8. What athlete would you compare your game to the most?

Lebron James. Love that guy. Maybe one day I’ll play with or against him. 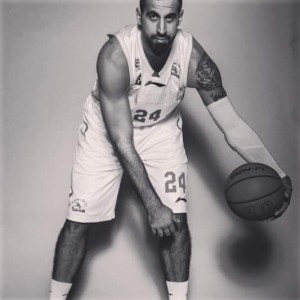 9. What are you looking to accomplish through basketball?

1o. Any team or coach in particular you’d like to work with?

No, but if I could have a dream coach it’d be Jose Mourinho.

11. Where do you see yourself in five years?

I’m working on getting to the NBA — it’s the top! When I get to the NBA, let’s do another interview. I’ll tell you what my goals are from there.

12. People often talk about leaving the game better than when you started, what will be your stamp?

Just to be an inspiration to people.

13. What does being a professional Palestinian basketball player mean to you and what does that mean to Palestinians around the world?

14. You’ve gone back to Palestine to play on their team.

I wanted to put Palestine on the map. We beat big teams in the Asia Cup. Even qualifying for the the Asia Cup was a big deal, people were saying that Palestine was going to get busted by other teams and that’s it. But they didn’t know we have a good team; we beat the Philippines in the opening game and from there people started to acknowledge that we’re a good team.

People thought they could beat Palestine easily but now it’s way different. We’re no longer an easy opponent; this is the best team in the history of the Palestinian league. I’m proud to be a part of this team and one of the reasons we have a team that people respect.