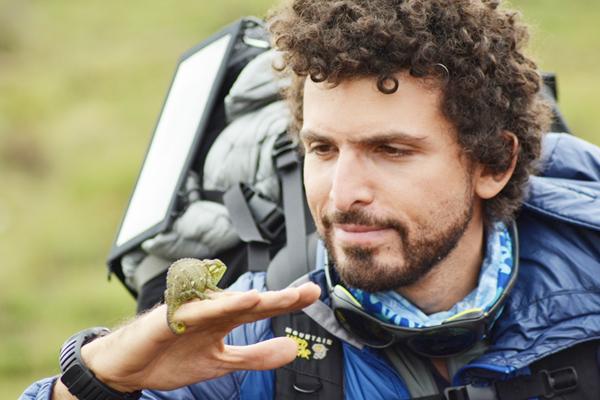 We caught up with Omar Samra at this week’s RiseUp Egypt Summit. The inspiring founder of Wild Guanabana and potentially Egypt’s first man in space talks to us about adventure travel, inspiration and near-death experiences.

How many countries have you traveled to?

My favorite places – I don’t like to do favorites – but Nepal, Peru and Argentina.

My favorite mountain range is the Andes, mostly for the beauty of it and the Peruvian countryside culture that surrounds it and the fact that there is so much to choose from in terms of like easy mountains, little bit difficult mountains until extremely difficult climbs.

Who has the best food?

I would say Argentina, but I don’t think it counts anymore because I recently stopped eating red meat and I think that’s not really gonna work in Argentina; it kind of kills most of their cuisine. Lima is the underrated gastronomical capital of Latin America. Everybody thinks of Argentina when they think of food. But actually Lima is the comida capital of the continent – they’re very famous for something called ceviche and they do it really well.

I’ve always… just loved being in the mountains, the sense of peace of it, the beauty of it. But philosophically, I guess, I have a profound belief in the power of the human spirit and its ability to overcome any adversity and I think climbing is a really big celebration of that. Because when you decide that you want to go on an expedition and you go through all these struggles and get out of your comfort zone and do the things that you probably never thought you could do, you come back, you become a better person out of it.

And so that’s why… like 20 or 30 percent of the trips that we do at the company at Wild Guanabana are trekking or mountain oriented because we believe that adventure travel is life transformational. There’s serious life lessons to be learned, soul searching and clarity that you can achieve while you’re on these trips…

The good kind of traveler, the good kind of climber is very self-aware and very aware of the environment around him… and because you’re doing that, your body is working and it’s working hard, but your mind is basically meditating because you’re focusing on one thing… When people go on adventure traveling trips, they come back and they’re feeling inspired and re-energized, even though they’ve been exhausted physically, whereas if you go and lie on a beach for a week, you will physically feel rested, but your mind will never switch off and so you come back saying, ‘I wish I could take another holiday’…

You know, my idea for my business, that ‘aha’ moment where I finally decided that I’m gonna come back and quit my job, was on a mountain. I was in Indonesia on a very remote island called West Papua… where basically I was for two weeks hanging around with a bunch of people wearing tribal clothing – seemingly primitive, but they’re extremely advanced in how they interact with nature and everything, and the scenery was something like a different planet.

But basically, it was far removed from my daily life and like the normal pressures of life, and so it allowed me to take steps back and see things with more clarity. And I realized that I didn’t want to do what I was doing and I wasn’t getting any kind of fulfillment and if I continued to do it… I could earn money and I could do all of these things, but eventually… I would be unhappy.

You know, I was given a lot of advice to stick to your job, start this business until it succeeds and then leave or whatever, but I’ve always believed that when you’re doing something like this, it’s either you’re all in or you’re not – you can’t have one foot here, one foot there. 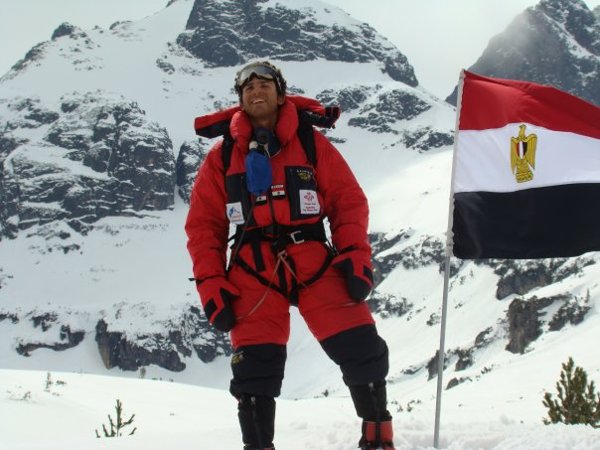 What do your parents think?

My parents always thought I’m crazy. My two older sisters are mentally handicapped and I think my parents think I am as well!

Well, I was the first normal child of the family so my parents were very protective of me, my mother especially… when I was young, I was sheltered a lot. And I don’t know if I’ve just kind of rebelled against that or whatever, bas it was very difficult for them to accept me, you know, wanting to do these things and not being able to understand why I wanna do it and me not being able to explain actually why I wanted do these things. Because frankly, when I started thinking that way, I had no idea why I wanted to do it. All I knew is that I had this burning desire to go out and do these things.

Do you prefer to travel alone?

I used to prefer traveling alone… I’ve always been very aloof and just like being on my own and I did most of my travels that way and then in 2010 I met Marwa, who then I proposed to and then we got married and five months ago she passed away. She was the love of my life and someone that I shared all of these things with… and I got to appreciate the value of sharing experiences with others and I think that my company has given me that opportunity as well…

Getting to the top, getting to the summit is not like a straight line. There’s all sorts of detours and getting lost along the way and those things are important, too. 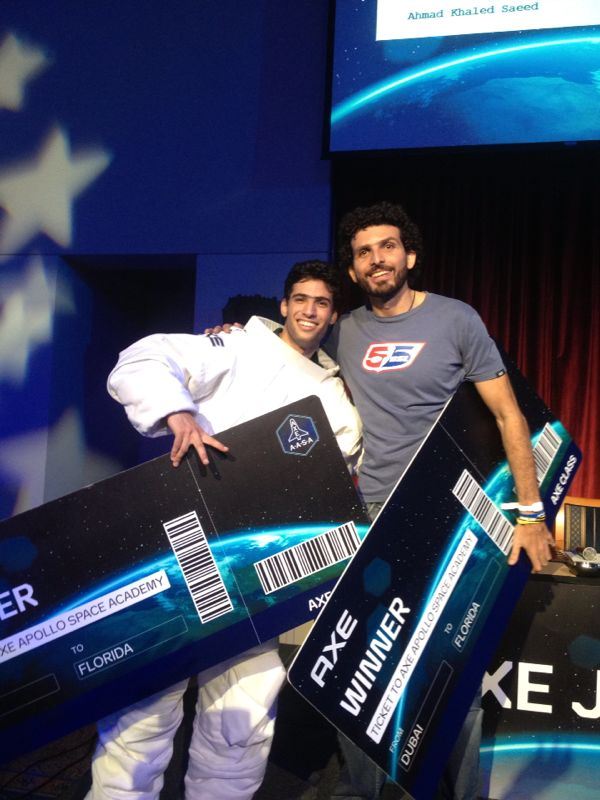 Are you excited about maybe going to space?

People in Egypt are making a huge fuss about it, but I think it’s blown out of proportion. Even if I win, I don’t want people to make it seem like more than what it is. ‘Cause at the end of the day, anybody with the cash can buy one of those flights and go. People are making it out to be like we’re like astronauts… there’s a very big difference. Yes, whoever wins from Egypt just by definition will become the first Egyptian in space, but it’s not like Neil Armstrong, Buzz Aldrin.

What I’m really excited about is looking through the window and just seeing Earth… If I make it, that’s what I’m looking forward to.

It’s my mother and my late wife… I told you my two older sisters are special needs and when they were born over 30 years ago… there was no awareness in Egypt about special needs and mental disability. And there was only one institution. It was like a local institution that was really really bad, so she moved to the UK – and that’s why I was born there – and put them in a school there for five years, but then decided that she wanted to go back home… to her normal life.

So she decided to go back to Egypt and start up a classroom – and then became a school, and now it’s become a big nonprofit organization for special needs. It’s called The Right to Live Association. And it’s non-profit, so she hasn’t really made a dime off it, so it was always inspiring for me growing up seeing her working every day, working very hard for no return. 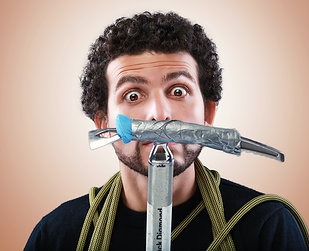 What are three things that you always have to pack with you when you travel?

Depends on where I’m traveling, but if we assume it’s a climbing trip, my smartphone so I can blog and do stuff, my ice axe so I can climb steep stuff… depending on the climb I have a favorite for each one, and… my kindle, because I used to go on these expeditions… where I end up reading a lot. So I can go on a trip for two weeks and I can read two or three books.

What’s the last thing you read?

Have you had any near-death experiences?

On Everest, we saw a man die, so just by definition, if we were half an hour ahead we would have been hit.

I’ve been bitten by the same scorpion twice on the same day, which is dumb… My whole body went numb and I was in a very remote place where I couldn’t have access to anything – in Nicaragua. I was doing a volunteer project in a remote village and I basically went to sleep with my whole body in pain and numbness moving all over my whole body and I kind of thought that I would not wake up and there was nothing else to do.

What were you thinking?

I had a huge sense of peace as I was falling asleep… this was like 12 years ago and then when I woke up the numbness was gone and the pain was just localized where the bites were and then I realized later on that those scorpions were actually poisonous.

What’s a place that you want to travel where you’ve never been?

I’d like to go to Micronesia just because… I don’t even know how to get there, it’s right in the middle of the ocean and it just has a funny name.

WE SAID THIS: Check out Not Just a Pretty Face at the RiseUp Egypt Summit.