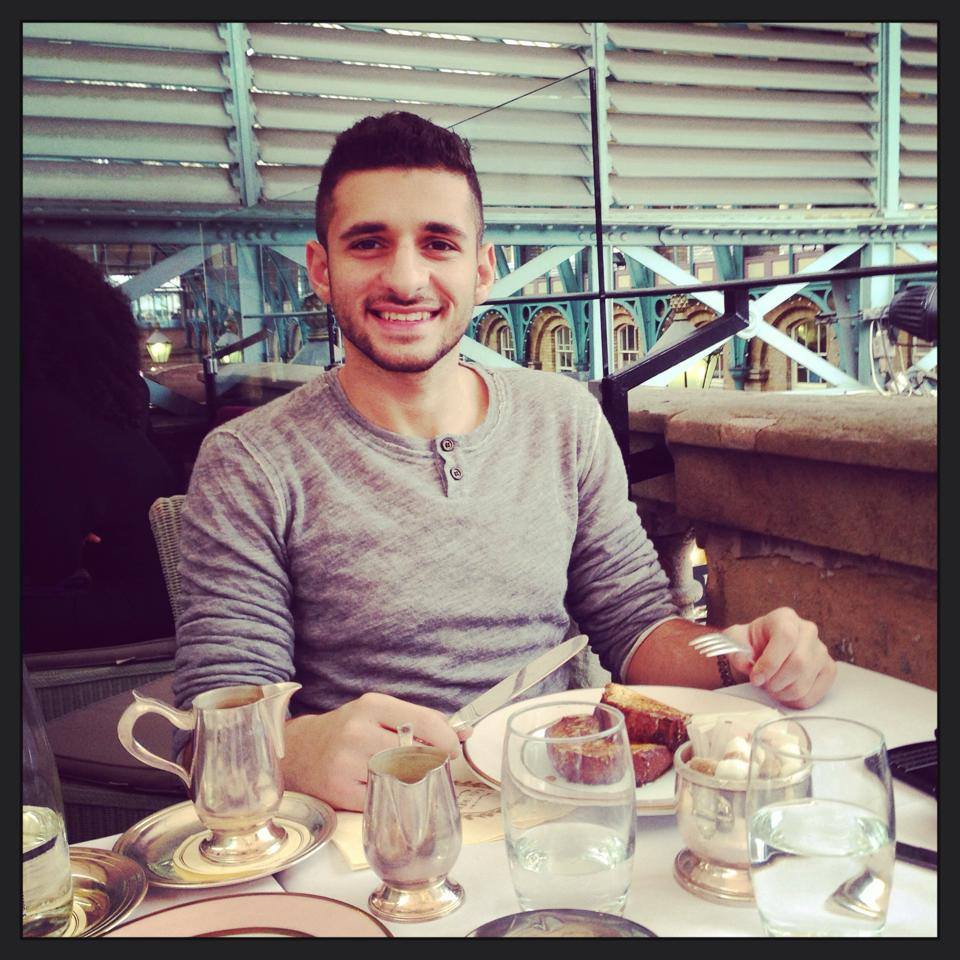 You’ve seen his six-second snippets of hilarity online, now get to know the guy behind them. Mohanad Al Hattab is perhaps one of the Middle East’s most favorite Viners. We chat with him about his inspiration for his popular “Mozee3a bee2a” series, how he got started making Vines and what he really thinks about the “Arabs vs. Non-Arabs” theme.

Let’s start with the usual: Can you introduce yourself to our readers?

My name is Mohanad Al-Hattab, originally from Syria and I am 23 years of age. I recently completed my Master’s degree in marketing from London and went back to living with my family in the UAE, which is the place in which I was born. I decided to study marketing because I felt like it was one of the few majors that can satisfy the Arab parents’ expectations and at the same time allows me to practice my creativity in a way, without fully going into the arts.

Having said all that, I believe that accomplishing this Master’s degree motivated me to try out acting as a profession since this degree will serve as a safety net that I can fall back on in case things don’t work out in the competitive industry of TV.

What made you decide to do Vines in the first place?

I have always admired all the British and American comedians who have successful YouTube channels. I love making people laugh and I always wanted to create my own YouTube channel but felt like it would be very time consuming as I was constantly focusing my time and energy on my education and I also lacked editing skills.

So when I first discovered Vine, I was obsessed with it. My brain automatically started brainstorming to come up with funny six-second videos. The simplicity of creating a Vine using only your phone is what motivated me the most to go for it, and I did.

One day my cousin and I we were sending each other voice notes because she was driving and she couldn’t text. She asked me what I thought of Miley Cyrus’s new video. I replied to her in the most bee2a accent I could think of. After I started doing Egyptian Vines, I remembered these voice notes and I listened to them again. As soon as I listened to them, I imagined myself as a bee2a mozee3a called Rashrash who talks about pop culture. The next day I posted the Vine and until this day, it’s my favorite character out of all my other characters.

Usually, how long does it take you to do a Vine?

I never tell my brain that I should think of a new Vine. My brain simply doesn’t work like that. I am usually in bed falling asleep or out with friends when the idea hits me. I write it down in my notes and as soon as I am free, I film it. Filming the Vine itself isn’t time consuming at all, it usually takes me up to 15 minutes maximum.

Who are your favorite Arab Viners? (Other than Sherif Fayed.)

Why would you assume that I favor Sherif fayed? Just kidding, I love this guy. I honestly don’t want to offend anyone by this answer because we all have something different about our Vines but I will base my answer on the Viners that I am closer to. Diana Zahra, Malaak Ammari, Islam Mahmoud, MJQ81 and Nour Kabakebe are all friends of mine and I admire their work completely as well as the rest of the Viners.

What’s your advice to beginner Viners?

My advice to the Arabic Viners is not to get their creative brain caught up with the “Arab Vs. Non-Arab” theme. There are a million Vines out there that are concentrated around these comparisons – I’m not saying they are not funny, but I just find it refreshing when we think outside of these boundaries.

What should your huge fan base expect from you in the future?

I feel like the most successful Vines of mine have to do with the “bee2a” theme, so definitely more of that, but I will try to apply it on different characters that I hope people will enjoy.

Thank you for this Q and A and thanks to all the people that find me funny – it honestly feels amazing that people like what I do. I am honestly extremely humbled and thankful.

WE SAID THIS: For more about Mohanad and his Vines, check out his Facebook page.