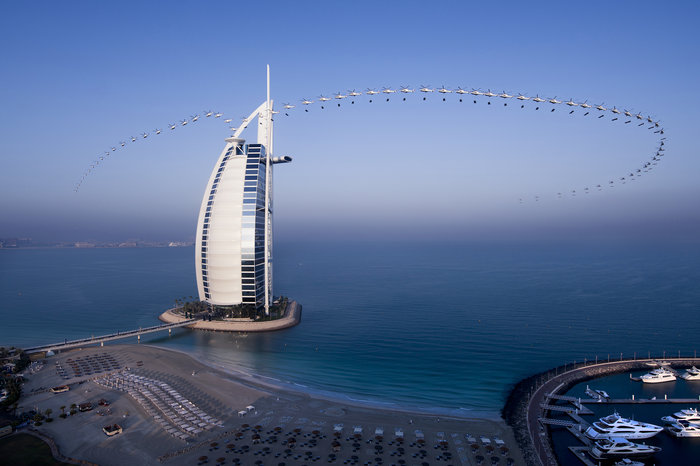 The guys at Red Bull took their slogan to a whole new level with this stunt in Dubai.

To celebrate their fourth consecutive Drivers’ and Constructors’ Championship win, Infiniti Red Bull Racing took their 750bhp Formula 1 car on a 210 meter high ride around the city’s iconic skyline. Airlifted by helicopter, the car flew around the Palm Jumeirah before landing atop the Burj Al Arab, where driver David Coulthard did donuts and burnouts on the 24 meter wide helipad.

Check out this video of the “Seven Star Spin”: