The proposed executive order would prohibit people from Iraq, Libya, Somalia, Sudan, Syria, Yemen, and Iran from immigrating to the U.S. It would also restrict visitors from those countries. 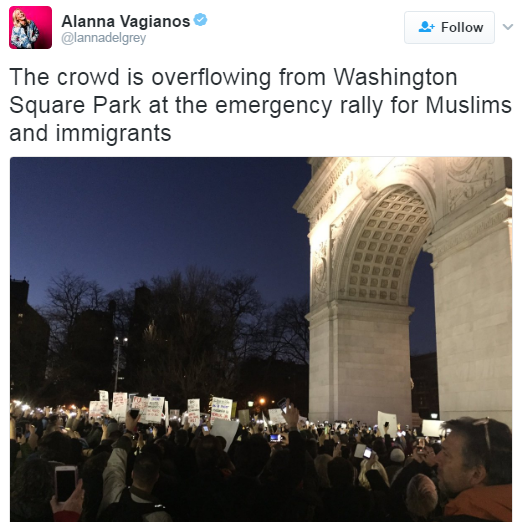 The order is aimed primarily at keeping out Syrian refugees. It would also suspend refugee admission from any country for 120 days, and cap refugee admission to 50,000 for 2017 – less than half of the Obama administration’s proposed 110,000.

“We reject policies that turn our nation’s backs on those that have suffered so much,” said Democratic Representative Nydia Velazquez of New York, according to Huff Post. “Each one of us has seen the pictures of the children in Aleppo… It breaks my heart.”

“So we are here to say to our Muslim brothers and sisters,” she continued, “that tonight, today and in the future, I too am Muslim.”

WE SAID THIS: The order has not yet been signed and could yet be revised.