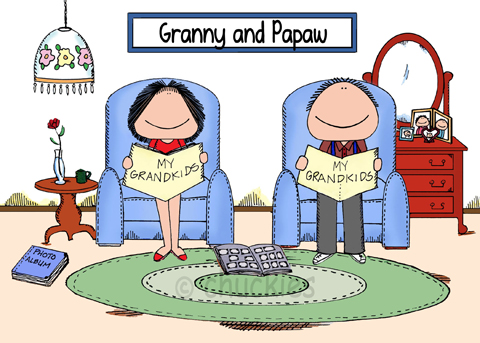 There are lots of things I don’t understand… towels that don’t dry, sweaters with short sleeves, people who go thru your phone when you want to show them just one picture… But now I officially do not understand my children.

I left my littles with my parents last week for 6 whole days. I came home to find L Boogie plumper, Z Money practically walking., and both of them dancing to Gangnam style a little too well… and I hated it. I expected tears of joy and hysterics when they first saw me. But alas, all I got were some excited squeals and a few hugs before they went off playing. These kids have no loyalty.

My parents took them to the zoo… without me. They didn’t even think that perhaps this would be a milestone I would like to attend. They saw hippos and stuff. They also fed L Oreos for breakfast before school every day. Mother also taught her to stop picking her nose. Did she even ask me how I felt about that? Maybe I liked the way she picked her nose?

As a mom, I’d like to think that I make the world go round. If I weren’t in the picture my kids would probably stop growing and be miserable till I get back. Unfortunately, according to the blurry attempts at picture-taking on my mom’s part, none of that is true. My girls were practically joyous while I was gone. They played, they sang, they had a blast.

Mother is also threatening to keep the kids so that I don’t take them to the burbs with me. At first I told her she was crazy. But come to think of it…

That’s exactly what grandparents are for. They spent their whole lives raising you, making sure you turn into some sort of functional human being only to reap the benefits of that. Grandchildren.

Think of how awesome that must be… cute kids that come without a single ounce of baby weight on you. You can spoil them rotten guilt-free. You can insist on rules like: L can have 4 marshmallows at any time of day as long as she says please and thank you.

Why my father even has marshmallows is beyond me, but hey, it’s not like I can stop him.

Maybe I should take more vacations…