Q&A: Jokes and Jams with High On Body Fat 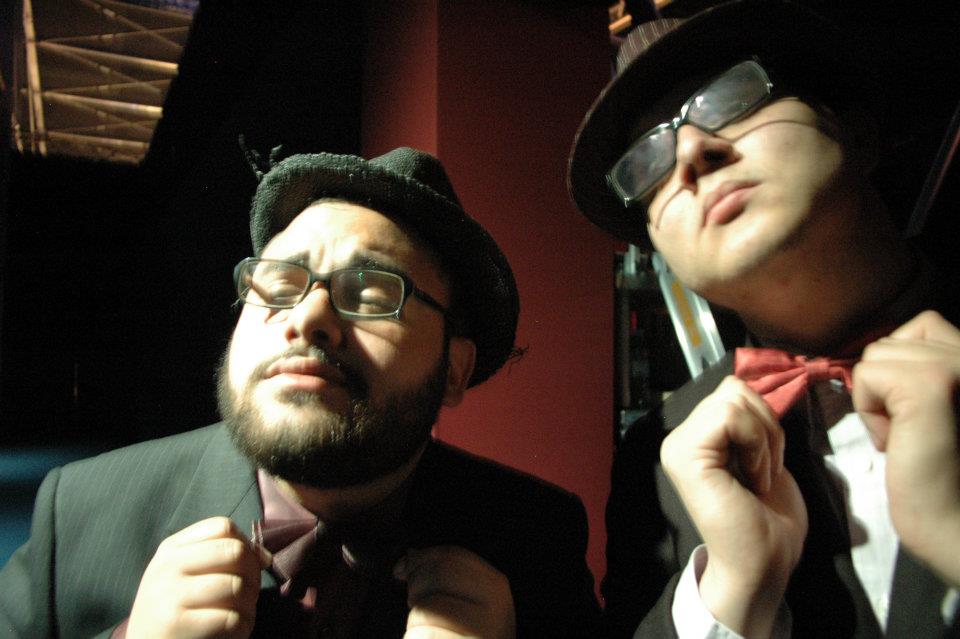 It’s not everyday that you meet people who have ridiculous senses of humour and just make you laugh til your stomach hurts! That’s exactly what happened when we met the talented band High On Body Fat!

The best thing is, they’re not your everyday comedians, but they bring something exceptional to the table with the way they choose to perform.

Just before we’d watched their impressive performance for the first time, we managed to get a few laughs with this hilarious band while interviewing them. Meet Marwan Imam and Ahmed Safi.

Can you give me an introduction about the band?

We’re High On Body Fat. That’s also the name of the band.

Where did the name come from?

I don’t know… Lots of calories I guess?! Actually, we’re a music comedy band. We started with doing parodies. The first idea we had was very infantile since it was four years ago. We wanted to do videos, funny videos, where basically we took a song, changed the lyrics and uploaded it on YouTube. We had this idea way before The Key of Awesome ever existed!

We wrote a couple of songs and one time while we were writing, we just started cracking up and I mentioned that we must be high and then Safi responded that we we’re high on body fat. The name just stuck with us for some reason. Instead of doing videos, we started playing live and we just took it from there.

We do musical comedy; we try to take whatever song we want to play and write a song about it. Say for instance that the thought crossed our mind to write a song about “espanish”, we’ll look for a song and put the lyrics we came up with accordingly, or if we wanted to make a Mashrou3 Leila type, shar2y rock, we do just that. We started off with doing parodies and now we’re evolving into our own thing.

Walk me through the process, how does it happen?

We have an idea, we sit down and write the lyrics and music and that’s it. First it was like we want to write the lyrics that goes with the music and change it into “Bbm msh 3aref eh”, but after that we started coming up with our own original stuff.

What kind of music do you play? 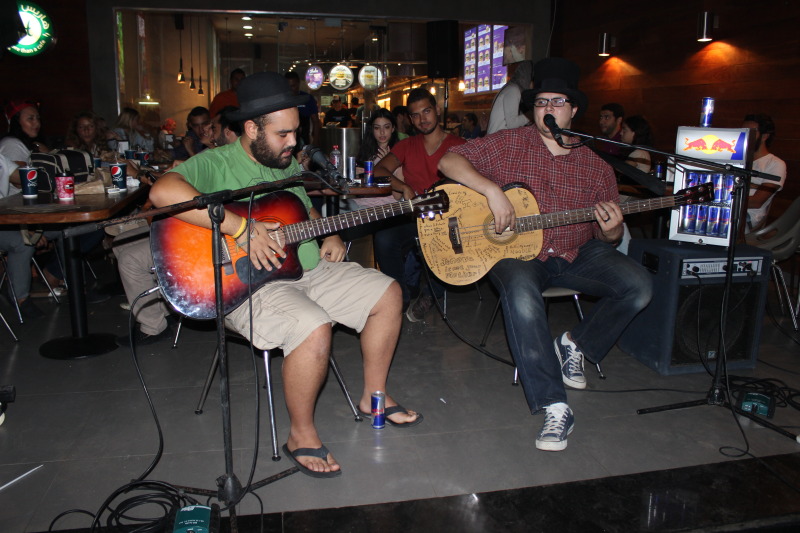 Technically, if you want to put us under a certain category, technically we’re a folk music duo. Imagine Flight of the Conchords and Tenacious D, only much fatter and less talented. If you bring stand-up comedy and music and combine them together, we would be their bastard child, because that’s basically what we do.

What kind of food gets you high?

Everything… except maybe vegetables… No one gets high on vegetables, but betengan is alright. We love betengan!

What happens if you guys lose weight and the body fat disappears?

How did you become a band?

Through Arabs Gone Wild stand up comedy auditions. We first met there and I was the only guy who laughed at his Tim Burton joke and that was it. We didn’t get accepted in that audition, but we started up a stand-up comedy duo and then we created a show called Stand Up Comedy Laughs, but Safi had his SATs, so he couldn’t take part in it. We were like 16 at the time.

What was the Tim Burton joke?

Everyone knows that Halloween is the celebration of Tim Burton’s birthday.

So… initially you were stand up comedians?

We’re still stand up comedians, but this is just so much more lucrative. I did stand up comedy like two days ago, but we enjoy this a lot more and we think the people do, too.

What are your upcoming plans for High On Body Fat?

We’re currently trying to produce an album of original songs and do a web series. Stay tuned!