I Am Mentally Ill, I Am Also Proud 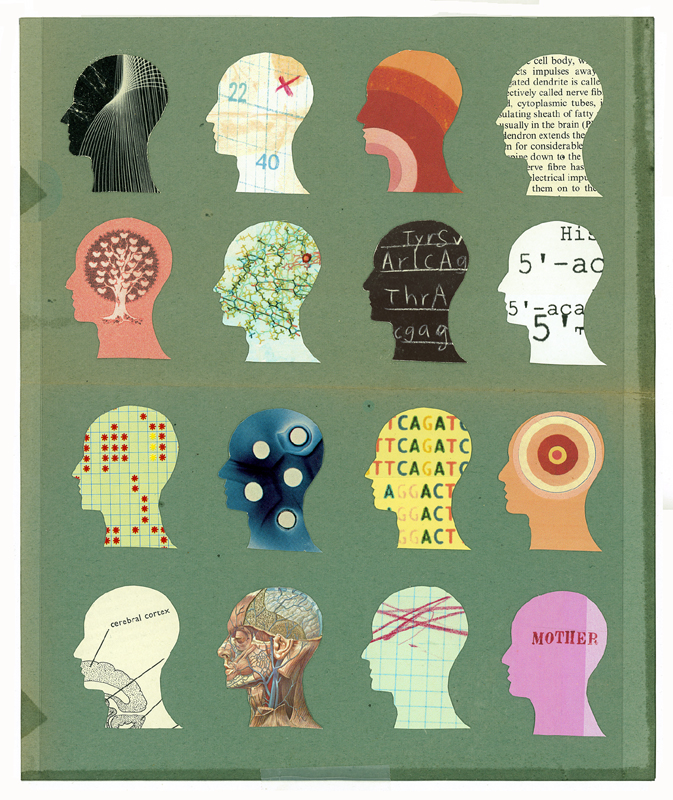 Imagine if I could begin this article by stating outright: I am mentally ill and proud. I am proud because I have learned so much more from being privy to psychological ailments than from regular life experiences. I am proud because I have been able to understand the depths and pain of wishing to end one’s life on one day and wishing life would never end on another because of a state of euphoric mania.

More so, wouldn’t it be wonderful to add: I am proud of my psychological illness, and if anyone feels the beginnings of mental illness creeping up on them or a loved one, please call me; call me for doctor recommendations and for solacing compassionate advice. I have watched people get better because they were brave enough to reach out and ask for help.

Let’s not kid ourselves, life can be difficult. Most of us feel that way, but people who have any illness, be it physical or psychological, will tell you that, for them, life is even harder. By reaching out to each other through difficult times, we can help raise one another from the depths of pain, possibly to a summit of relief. So wouldn’t it be refreshing to say: I am mentally ill and proud.

Unfortunately, in a country like Egypt, chances are I cannot always say all that. And the reason? Because of the fear that others would judge me, laugh out loud, tease me, act condescending or be outright afraid to deal with me. In a recent conversation with someone who suffers from a psychological ailment, she told me that when she informed her boss at work about her illness, she got fired. 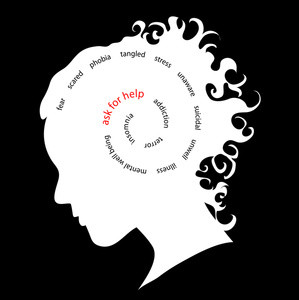 Frankly, I wish we lived in a society where attitudes about mental health were different, where it was less of a taboo or something that must be kept hush-hush. I have heard stories of people who hide their mental illness from others, taking their pills in secret or going for treatment and telling everyone they are on a trip to the Maldives.

Some people outright lie about their psychological ailments to those who venture in and out of their lives, and you know what? In a country like Egypt, where unfortunately sometimes people are judgmental, lack compassion and are very uninformed about psychological illness, I don’t blame them.

I don’t blame them because of what it is like to watch people look at each other in silence and confusion when those who are ill mention that they have not been doing so well psychologically. These confused and silent observers look at each other with a quizzical look on their face, then look back at the person as though they are an alien from the rings of another planet.

Their look simply says, “You are odd and there is something seriously wrong with you.” They don’t realize that people who are mentally ill feel this all the time – we don’t need you to exacerbate the feeling.

I also don’t blame people for hiding their illness because it is the most painful thing when all of your behavior and actions (whatever it may be, it could even be the way you sip your tea), is considered unsound because, “Poor thing, so-and-so is ill, you know they’re crazy,” alienating you and forcing you into an uncomfortable corner of judgment.

I don’t blame people for being resistant to discussing their pain because, sometimes, all they might hear is a tirade about how they are not spiritually strong enough, that their faith has been shaken, that they are possessed by a jinn. It is completely understandable that there is such a taboo and sense of secrecy surrounding mental illness because people are afraid of being mistreated, isolated, jeered at, provoked and left to feel more alone than they already do.

It’s time for this to change. It’s time for people take a step back from their judgment, open up a book or even just the Internet to understand what it means for someone to be psychologically ill. They will never understand it one hundred percent unless they’ve been truly affected, but at least they can try. And they can try to realize that the mind is no different from other organs that can get sick, like the liver or the heart. 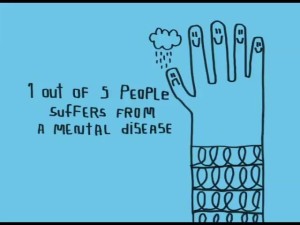 There should not be such a stigma around the chemicals in your brain transforming and causing, in some cases, mental illness, because it is no different from a blocked artery in the heart. Besides, is it the person’s fault that they are not feeling psychologically well? Would anyone choose to inflict so much pain on themselves just for kicks?

As a result of the social stigma attached to psychological illness, some people are afraid to admit that they are truly feeling unwell, let alone seek treatment. Or they wish they could seek help, but literally be anonymous or invisible to the world.

To help with this, social entrepreneur Ragy Khairy has set up a Dubai-based on-line portal called Eshraq that he hopes will serve the entire Middle East. Eshraq provides on-line counseling, which gives the patient the possibility to receive help while remaining in the comfort of their own home.

When I asked Khairy what drove him to provide this service, he told me, “I wanted to attend to people who are suffering in silence and no one is helping them. Through Eshraq, I provide them with a channel and accessibility to professional help.”

His portal offers individuals the choice of either video, audio, or text chat – whatever makes people feel more comfortable, which is the most important thing for anyone who is seeking treatment and is afraid. What matters the most at Eshraq is that the patient can choose to feel anonymous and not seen, without having to worry or feel awkward about receiving help.

In a discussion with Dr. Hani Henry, Associate Professor of Psychology at AUC, he told me, “We still have a long way to go when it comes to being culturally sensitive about psychological illness. And this is because the facts are not scientifically founded.”

There is a lot of “para-psychology that is not regulated and is almost illegal and amateurish that takes place in Egypt,” he explained, as well as people being judged from a spiritual perspective and viewed as lacking faith. 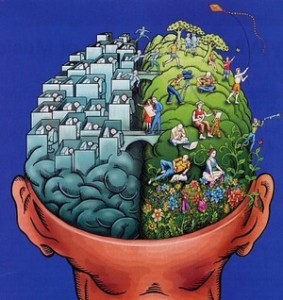 Dr. Henry believes that part of the solution to breaking taboos surrounding mental illness in Egypt is to create a group of qualified practitioners, supported by the government, to create a more central approach and collective experience to mental health.

“There needs be more outreach in schools, as well as prevention followed by intervention programs on a grassroots level,” he added. He also sees that the media needs to play a more constructive role, as opposed to sabotaging the image of those who are not well and those working towards treating psychological illness.

On a more positive note, he believes that there are signs of change in the society, and there is proof: psychiatrists are getting busier, there is more information about psychological illness on television and increasing awareness in the media. Even some movies treat the subject in a more sensitive manner than in a previous era.

So possibly there is hope that, over the long run, individuals in Egypt will be able to one day sit anywhere and with anyone and comfortably and openly say that they are not feeling psychologically well, and those at the same table will sympathize, support, understand and congratulate the individual for their honesty and bravery.

Those who have experienced this would be able to say: In my journey with mental illness, I have met the most remarkable people who have had no problem sharing their painful journey with me, and who have helped me feel a sense of belonging and solidarity. They will be able to say this instead of just meeting people who simply don’t understand psychological ailments, find them frightening and patronize people who suffer from them.

But since many people cannot say most of that, all I have to say to all those who don’t understand mental illness or think it’s something that can be turned into a condescending joke: It can happen to anyone, because no one is exempt from being prone to sickness. I would say: It’s time to be informed, sensitive and compassionate, rather than uninformed, unjust and inhumanely judgmental about something that is truly out of anyone’s hands and truly painful to experience.

In solidarity with those who have experienced psychological illness of any kind, I shall end this article the way I would have like to begin it, by stating: I am mentally ill and proud.

WE SAID THIS: Don’t miss Mental Health Resources In Egypt, 11 Misconceptions About Being A Therapist and Q&A: Neveen Hashem, Founder of Insight Counseling and Integrative Health in El Gouna.