Here’s Your Chance to Win a T-Shirt Signed by Chelsea FC!

As promised by Mobinil, its partnership with Chelsea FC keeps showering its customers with surprises. Mobinil is back with another special treat for loyal supporters of the Blues. This time, they’re giving away a T-shirt signed by the team! 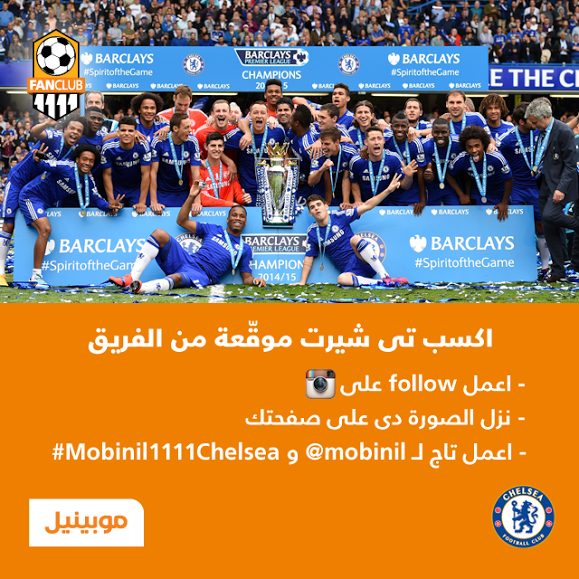 Or on Twitter, re-tweet and mention @Mobinil and use the hashtag #Mobinil111Chelsea.

Mobinil’s partnership with Chelsea FC also offers the Chelsea FC package through its 1111 Fan Club service, which offers constant updates about the team and the Premier League, from breaking news and videos to results and alerts. To subscribe, send 9 to 1111.

WE SAID THIS: Good luck!