#ForgiveAndForget: Because Forgiveness Is Freedom 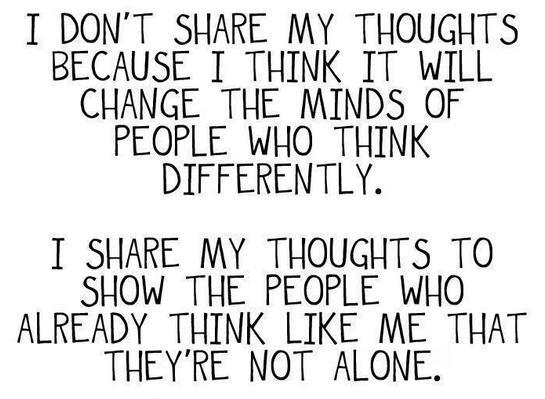 A dear friend of mine posted one of my favorite passages from a Jack Kerouac letter on forgiveness, which gave me an idea I think could become much bigger in its own merit.

In light of the horrible events of terrorism plaguing our world, be it religiously, racially, socially motivated, I’d like to see more people posting poignant and sincere thoughts by respected writers, artists, academics, or your own peering into the subject, about forgiveness and its infinite meanings.

Whether it’s valuable towards reinforcing the preciousness of human life or alleviating the agony of human suffering, all that matters is that people witness what I believe to be a certain truth: that there are more good people in this world than ones who are bad products of their environment.

Problem is that bad things have a way of emitting more octaves than good things, and we have mass idiotic media to thank for that.

I know that the value of what I’m putting forth here is much harder for a mother in Palestine who lost her son to an Israeli air raid to respect, or for the families of the Charlie Hebdo attacks to appreciate, or for a mother who lost her forcefully conscripted son in Rafah to swallow, or for the families of our revolutionary martyrs to appreciate, or for those affected by endemic police racism in Ferguson to fathom; nevertheless, ideas and thoughts have their own weight in the cosmos, and putting something like this out there is a force for good at the end of the day.

After reading the quote below, many will realize the value of forgiveness on any opposing side of a conflict, it’s that powerful.

Killing should be left to generals, mindless corporate psychopaths, politicians and bureaucrats; but people, regular people, should forgive.

People working to earn an honest living, trying not to fan the flames of hatred around them, extending their positivity and humble hearts to their networks of loved ones – these people should understand the weight and power of forgiveness.

If you already accept the plurality of this world, the privilege you have of being alive and healthy, that your beliefs and behaviors are idiosyncratic, that giving back to the universe is your duty as a human being, then you have no problem saying to the madness: “I see where you’re coming from, I’m sorry it has to be this way, but I’m not a part of it. #ForgiveAndForget”

Don’t be a hermit crab, don’t stay uninformed, don’t stop learning, just don’t be part of petulant arguments that serve nothing but opposition and shitty fucked up strife.

If #ForgiveAndForget falls into the abyss of social media, well that’s fine, at least I had the joy of writing to a few of you, telling you I’m also thinking what you’re thinking.

To end on a semi-naïve yet fairly optimistic note, I think that’s why we’re all here at the end of the day, put on this plane of existence to be parts of things bigger than all of us individually, to refuse to live isolated lives that only serve to denigrate the value of community and empathy.

This quote is by Hannah Arendt:

“In this respect, forgiveness is the exact opposite of vengeance, which acts in the form of re-acting against an original trespassing, whereby far from putting an end to the consequences of the first misdeed, everybody remains bound to the process, permitting the chain reaction contained in every action to take its unhindered course. In contrast to revenge, which is a natural, automatic reaction to transgression and which because of the irreversibility of the action process can be expected and even calculated, the act of forgiving can never be predicted; it is the only reaction that acts in an unexpected way and thus retains, though being a reaction, something of the original character of action.
Forgiving, in other words, is the only reaction which does not merely re-act but acts anew and unexpectedly, unconditioned by the act which provoked it and therefore freeing from its consequences both the one who forgives and the one who is forgiven. The freedom contained in Jesus’ teachings of forgiveness is the freedom from vengeance, which incloses both doer and sufferer who in the relentless automatism of the action process, which by itself need never come to an end.”

WE SAID THIS: Share with us a quote on forgiveness and don’t forget to use the hashtag #ForgiveAndForget.