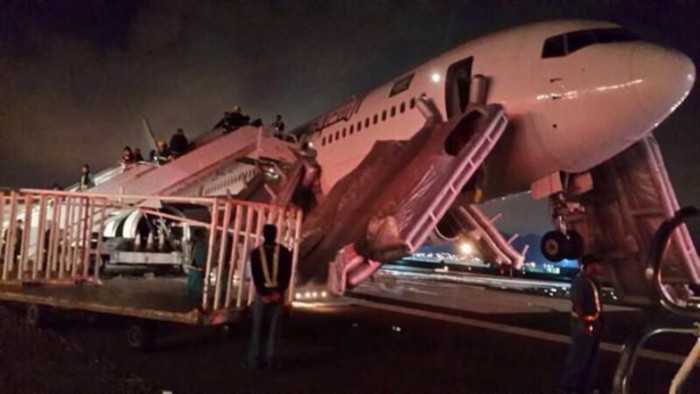 Saudi Arabian Airlines made an emergency landing in the Kingdom’s Muslim holy city of Medina today. Traveling from Iran’s second city of Mashhad, the plane was carrying 315 people on board; Luckily, only 29 were injured.

12 of the passengers were taken immediately to the hospital, while three of them are reportedly in unstable condition.

The rest of the patients had minor injuries and were treated at the airport.

A Geometric Miracle Uncovered While In Search Of Cleopatra’s…

Due to the emergency landing, the airport has been closed for 24 hours to fix the runway.