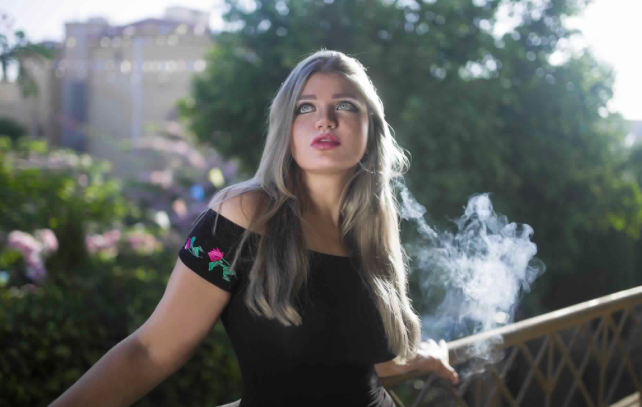 Middle East has never been a place for women to freely express themselves. If you dare flaunt your beauty or sensuality, you will be brought down by hundreds.

Political journalist, TV presenter and writer, Yasmine El Khateib, has been known for her opinionated and fearless articles. One thing everyone has noticed other than her social media posts are her looks. The woman is beautiful and she knows it.

Every photo by El Khateib oozes confidence, womanhood and sensuality. This week, the social media star shared her photo shoot by Antikka Photography and all hell broke loose. Other than the few thousands who couldn’t pick their jaws from the floor because, yes, she is that pretty, but comments were pretty harsh.

From slut shaming her, for judging her because she smoked a cigarette to questioning her morals for flaunting her curves in a long tight black dress. This woman was subjected to harsh criticism for being a voluptuous woman and rocking it. Is she supposed to hide under a rock? This beauty has redefined what a beautiful body should look like in 2017 and we love it.

WE SAID THIS: When will people ever start minding their own damn business?