Diving with Disabilities in the Red Sea

Few spectacles on this perpetually wonder-inducing earth match that of the underwater world.

Thanks to British artist Sue Austin‘s invention of the self-propelled underwater wheelchair – a device fit with swimming floats, fins, and two-foot controlled drive propulsion gears – people who were unable to dive before due to various medical conditions can explore the depths of the sea. 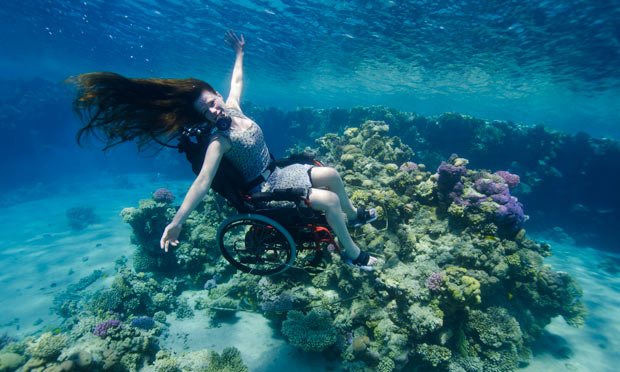 Austin, who has been in a wheelchair for more than 15 years after contracting Chronic Fatigue Syndrome, created the device for her “Creating the Spectacle” performance shot in Egypt’s Red Sea and made for the 2012 Olympic and Paralympic Games in London.

Sue’s underwater wheelchair has since been replicated and adapted to fit the particular needs of differently abled patrons in diving centers in various locations around the world. 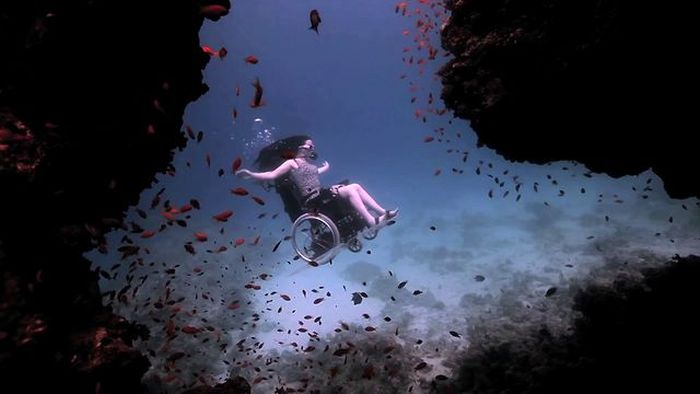 But diving with disabilities isn’t only limited to using an underwater wheelchair. The beauty of diving is the freedom of mobility it offers for virtually anyone, regardless of age or ability.

One woman named Doreen, who suffered from severe Rheumatoid Arthritis (leading to replacement surgeries for both hips and knees), told her story here about her experience with guided diving.

She was hesitant at first, fearing water after nearly drowning at a hydrotherapy pool at her hospital, but felt that if she could just get herself in the water it would be good therapy for her joints.

“When I saw other people, some with worse disabilities than me, in the pool, I thought ‘if they can do it, so can I’.” 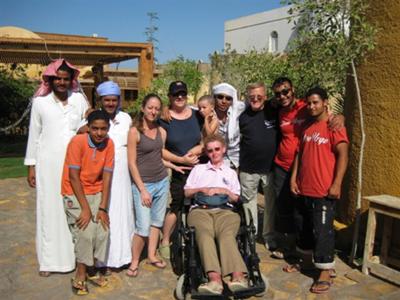 Doreen scuba dived with Dive Urge in Dahab, Egypt, a hotel and dive center known for being disabled friendly.

“There was a short steep ramp down to the water and Charlie and Chris took me down it in my wheelchair to the edge of the Red Sea. They lifted me out of my wheelchair and floated me on my back. I was in the sea!” 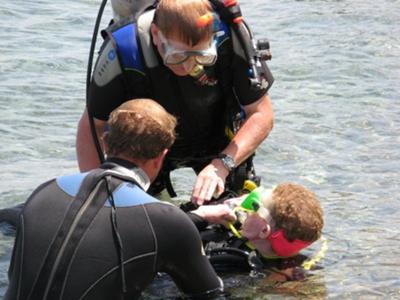 “I now do something even my able bodied brothers and sisters can’t do. Dive!” 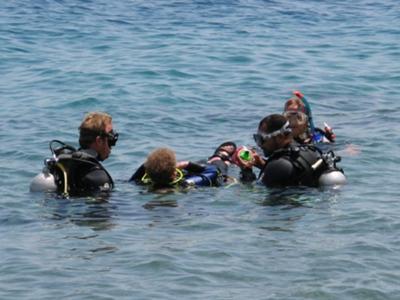 WE SAID THIS: R.I.P. Doreen Barker – shortly after these photos were taken, she passed away due to ovarian cancer.