Discovering MENA: Is Iraq Really in the Brink of War? 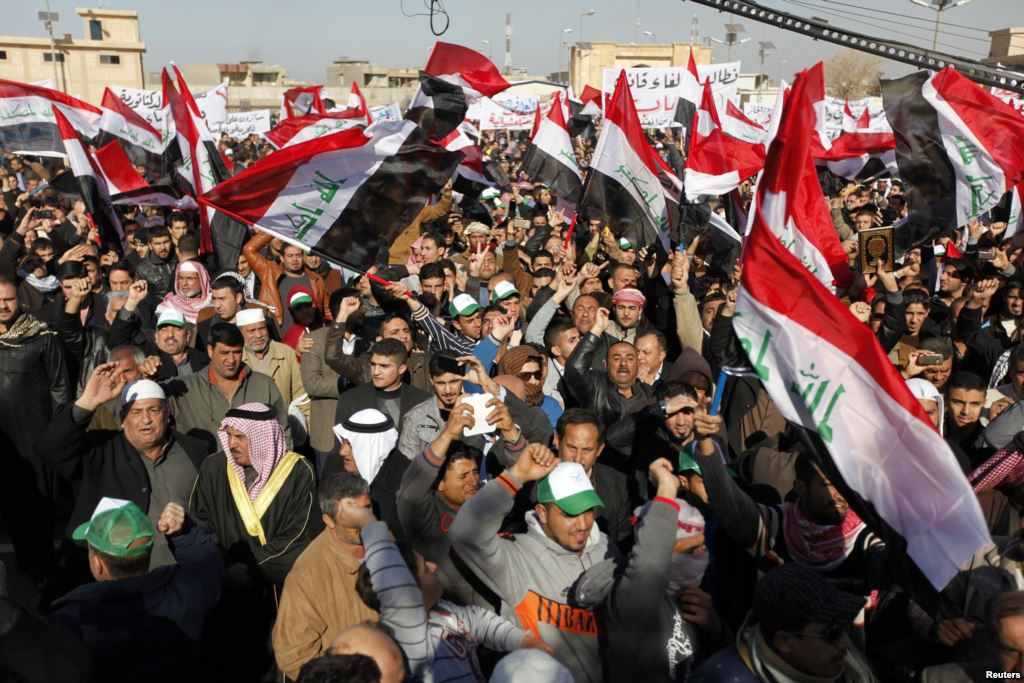 I was about to write an article on April 20 Iraq´s local elections, the country´s first vote since US troops left for good in December 2011, when I read that small bombs had exploded and mortar shells had been fired at several polling stations. During the weeks, and even months, prior to what some considered a test before the Parliamentary Elections of 2014, the campaign was marked by an escalation of violence and fourteen candidates, most of them Sunnis, were killed.

I already spoke about the resumption of tensions between the Shiite communities of Prime Minister Nouri Al-Maliki, the Sunni minority and the Kurdish population. Apparently, this was just the start, as the country seems set for a new civil war. The last sectarian war took place in 2006 and 2007, and left tens of thousands of people dead.

Although the outcome of the election will not affect the composition of the executive and, besides, the vote did not take place neither in the Sunni provinces of Anbar and Nineveh, the core of the protests, nor in Kirkuk, home to Kurds, Sunni Arabs and Turkmen, it was due to give an indication of the popularity of Nouri Al-Maliki and his Shiite Islamist party (ironically called State of the Law Party), for local candidates are affiliated with the main national parties.

It certainly did, but not in the way Iraqis expected. The polls, in which those who voted (the turnout was incredibly low) did so across sectarian lines, and its circumstances, spoke at the same time about the progressive normalization of the country and about its dysfunction. Iraq is indeed paying a very high price for democracy and stability.

Since the beginning of the year, the attacks have multiplied and hundreds of people, chiefly in Shia areas, have died (Iraq Body Count as a reference). Iraq suffered its most violent month for almost five years in April when 712 people were killed across the country, the United Nations has said. Most attacks are carried out by Sunni extremists, mainly Sunni tribesmen linked to an insurgent group led by former officials of Saddam Hussein’s Baath Party, and Al-Qaeda’s Islamic State of Iraq, the local branch of Al Qaeda, with the support of other extreme bits within the Sunni community, trying to capitalize on the unrest of the minority with the government of Nuri al-Maliki.

Hundreds of members of the Sunni community, which accuses the Shia-led government of discriminating against them, have been protesting after weekly Friday prayers, fanning the rumors about an eventual “Iraqi Spring”.

At the same time, Sunnis experience mounting solidarity with their brethren next door and share feelings of hostility toward a purported Shiite axis linking Hizbollah, Damascus, Baghdad and Tehran. PM Maliki and his allies reject the accusations and keep stating their main aim is to keep an unified Iraq, far from any kind of sectarianism.

When asked who is behind the killings, Iraqis accuse however not only radical Islamists like Al-Qaeda and the banned Baath party, but also mainstream parties. In effect, the majority of parties have armed militias and have been involved in violence in one way or the other. Over fears of victory by Sunni rebels aligned with Al Qaeda in Iraq in the Syrian civil war, Iraqi Shiites are increasingly afraid of a replication of the “Syrian revolution”, Sunnis in Iraq clearly feeling nowadays somewhat more empowered, and the resulting rise of Sunni Islamists in the region.

The current escalation of violence is characterized by new developments, notably the success of Al-Nusra Front, an Al-Qaeda affiliate, in Syria, for many pundits believe some of their expertise may be coming back to help the Sunni faction. The current violence also presents an aggravating factor, the stressing of its religious dimension, as priority targets are mosques, whether Shiite or Sunni.

The most probable spark of this escalation was the attack by both Iraqi army and Police on a Sunni protest camp outside the disputed city of Kirkuk that left behind a significant number of casualties and was considered an outstanding provocation by the country’s authorities. According to two government investigations and foreign diplomats, Iraqi security apparently used disproportionate force, including shooting unarmed civilians.

Iraq is not helped, either, by the bad shape its democracy is in, its main feature being an increasing authoritarianism on the part of Maliki’s Shiite Government, with the backing of Iran and ongoing links with the Syrian regime. Nuri Al-Maliki´s sole reaction has consisted in urging dialogue to calm tensions, vowing at the same time to continue military operations, though.

He has to be however aware of one of the biggest risks the country is facing: the fracture of the army along sectarian lines, just as the population did years ago (last week, influential Sunni cleric Sheik Abdul Malik al-Saadi, stopped short of calling for a revolution). Iraqis still cling to the possibility of soldiers refusing to attack their people, what some consider the key difference between Egypt and the likes and Syria.

One of the reasons the US justified their 2003 intervention with (besides the moot presence of WMD) was the need for Iraq to step aside from authoritarianism and become a democratic country (other countries would have then followed suit). This aim has been achieved, as the latest round of elections prove, but… at what cost and to which extent?

Iraqis have the right to vote, but Iraq lacks the basic ingredients of democracy: protection of human rights and freedoms, stability, equality and justice, the conditions for an individual to thrive. And, above all, and contrary to what happened with the uprisings in Egypt or even Syria, Iraqis are distancing themselves from nationalism and embracing identitarianism and sectarianism.

Some analysts also believe that what is different from 2006 is that this time, it’s all somewhat hinges not only on rival beliefs but also on politics, for the violent attacks are mainly organized by Sunni groups that want to bring the Government down. What is at stake nowadays is whether Iraq will be able to survive as one country or not. As the Kurdish region has been doing for years now, the Sunnis are currently asking for a greater deal of autonomy, something Maliki and his allies are not willing to accept.

In a television speech, Maliki affirmed that if the fire of sectarianism starts, everyone’s fingers will be burned by it. Indeed, a dangerous escalation of the sectarian conflict in Iraq constitutes a further threat to regional stability. Moreover, what would take place is not only a civil war, but the planting of seeds for a wider Sunni-Shiite confrontation.

Add to that the infiltration of elements that are not authentic parts of the mainstream in governments or their opposition and the ongoing flow of refugees into Lebanon and Jordan, and you obtain the first step of a dangerous regional conflagration in which no one will be spared.