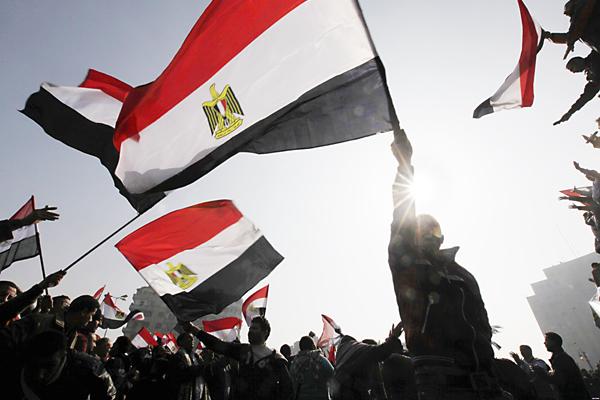 Nobody doubts the Tamarrud movement has breathed new momentum into Egypt’s stalled politics, thus somewhat reviving the spirit of the revolt that overthrew Mubarak more than two years ago. Back them, one of the most important gains of the Revolution was the feeling of empowerment, many Egyptians now free to express their views, to publicly denounce the authorities’ wrongdoings, felt they had been granted.

Will June 30 really represent a new revolution? It is the first time the non-confidence card is used in Egypt (it has to be noted that neither the Constitution nor any law that mentions the possibility of initiating a political change by merely collecting signatures), although renowned authors like Nervana have drawn a parallel between the campaign and the 1919 revolution, when the people delegated its authority on Saad Zaghloul and his confederates to form a delegation that would represent them and speak in their name during the confrontation with the British occupation.

This is not the only precedent: back in 2010, the National Association for Change (paradoxically backed then by the MB) collected more than a million signed petitions to pressure then-President Hosni Mubarak for political reform and fair elections. What are then the possible outcomes of June 30th?

We first have the “Groundhog day option”, nothing happens in spite of all the hype and protesters quietly simmer down. Some might think that if you sit around and do nothing long enough, the opposition will fizzle. The same thing happened after 25 January 2013. Rather than fearing June 30, several Brothers see it as an opportunity to develop a final blow to their weak and divided opponents.

Even though resentment will still prevail, calm will take hold and the Brothers will keep implementing their plans and thus predictably deepening their authoritarian stance. Elections will be held, the Parliament will again be dominated by them, the opposition will continue to make noise without posing a real threat, a true democratic Egypt will seem to regain stability… Or rather not, as it will much probably lead to stalemate.

Many Egyptians will still feel their country is being hijacked by a truly organized force, one that will resort to any means to win and to impose its ideological project on the whole population. Just like today. Back to square one. Political breakthrough is not to be discarded as an outcome, as well. In spite of the calls for a revolution, a public desire for some resolution, any resolution, at whatever cost, in increasing by the day.

More over if the alternatives are widespread violence or a return to military rule. This crave for a viable solution may eventually lead the majority of Egypt’s factions to work together to rebuild state authority. This however does not really conform with the Islamists’ view, illustrated by widely used expression “Egypt has an overdose of democracy” whereby Egyptians have gone wild and must be restrained, a view that could justify a crackdown and massive arrests on June 30, that is, a serious crackdown of the demonstrations.

This, depending on the protesters and other political forces (including international actors)’s reaction, will in turn and mostly for sure mean a dire escalation of violence from both parts, an even deeper polarization of the society, and the resumption of an arm-wrestling nearly anybody would be interested in, as it could inevitably really push Egypt on the verge of becoming a failed state. For many reasons, the concept of state collapse is not strange to the Middle East. Just look at Lebanon in the past or Syria nowadays. But, is Egypt too big to fall? What if Egypt is too big to save?

Will Morsi find himself forced to step down under public pressure? Despite the campaign’s call for the holding of early Presidential elections and despite the undeniable poor performance of the Government (unprecedentedly halfheartedly admitted by Morsi himself), it is key to remind again that this time is different. On the one hand because he was democratically freely transparently fairly elected, event though the defeat of a representative of the old regime had much to with it, and on the other hand because this is not a case of a united full-spectrum front against a dictatorship but a case of half of the country against the other.

Besides, does anybody actually believe that the Brothers will let go power that easy? Just in case, they have as of lately resorted to the term “civil war” as a scare tactic, a civil war that actually looks to be an impossibility, precisely because the people that will take the streets are masses that are far from self-identifying as an organised group. Or will the Military feel forced to intervene?

Strange as it seems, more and more voices have publicly called for the military to return to power, especially after certain Brotherhood’s moves such as resorting to worrying levels of violence and assaulting both media freedom and civil society. Minister of Defense General Abdel Fattah El-Sessi has hinted it time and again: the army has to live up to its commitment to side with the people and protect the integrity of the state.

Many officers have indicated that they have no issue with political reform and change so long as “social cohesion” is not threatened, what would the turning point be for them? Taking into account their moot performance prior to Morsi’s elections, the Army would clearly need undisputed popular legitimacy to step in as they did before, pretty aware of which are the challenges and risks: its undemocratic nature making it incapable of building up the broad consensus needed for reform; the current nonexistence of a person/political able to establish control any better than Morsi they could hand power to;  the possibility of their reputation being seriously tarnished if they prove incapable of securing Egypt’s streets…

What is clear now is that Egypt will lose even more time absorbed in a whirlwind of infighting, the country  taken hostage by both an intoxication of power and a certain degree of paranoia by the Brotherhood and the lack of an effective strategy on the opposition side. To make matters worse, the ideological divide seems to be deepening, with on the one hand a Government acting as if it was a continuation of the Mubarak regime,  and on the other hand youths that have never experienced democracy before and believe they have the right to overthrow anything not to their liking.

This huge generation gap is not likely to be bridged in the near future. Elites, including many of the crony corrupt capitalists allied with the old regime, accused of being the financial backbone of the opposition, vie for power, and do not really fight for a true democracy, or even change in the actual sense of the word. Let’s not forget about an international community, whose contribution appears to be ineffective if not, sometimes counter-productive.

The Brotherhood may seem a failure, but their failure is not of their only making, as it also stems from the lack of cooperation of many institutions whose support is vital and essential to the functioning of a state, such as the police and the judiciary. The only thing that can really save democracy in Egypt is democracy itself: the Brotherhood has to reform and lead the way to a more inclusive democracy, while the opposition should propose coherent political alternatives and make believe they are able to take power through elections.

There’s no need to revive the revolution but to invent a sustainable political process. This is not a revolution but a continuation of an unfinished revolution. Machiavelli once said: “there is nothing more difficult to take in hand, more perilous to conduct, or more uncertain in its success than to take the lead in establishing a new order of things”.