Discovering MENA: From Beirut to the Moon? 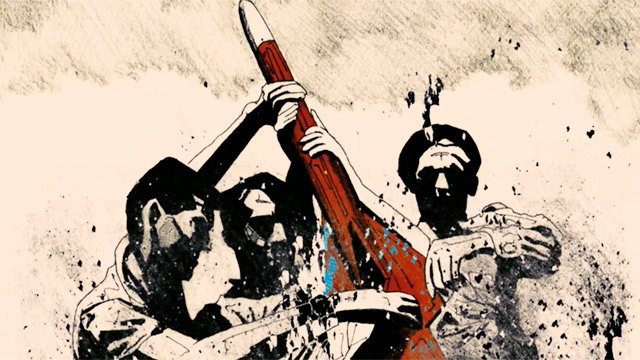 Do you remember being a child and being told stories about the “space race”? Didn’t you imagine handsome, brave American and Russian astronauts in over-the-rainbow modern space shuttles that would take them to the moon, or even somewhere else?

Didn’t our parents dream of Sputnik, Laika, Armstrong and the likes? Well, it wasn’t just the Soviet Union and the United States fantasising about flying to the moon. A group of Lebanese youths once shared this dream and saw themselves conquering space.

At the beginning of the 1960s, when the space race was at its peak, a modest group of scientists and engineers from Haigazian College, a small university in Beirut, started launching rockets into the Lebanese sky, led by an American-educated mathematics and physics professor from Jericho addicted to Jules Verne novels, Manoug Manougian.

When in charge of the programme and in an attempt to attract more students, Manougian decided to rename the university science club to the catchier “Haigazian College Rocket Society”. These geniuses literally started from scratch, with tiny rockets the size of children’s toys. 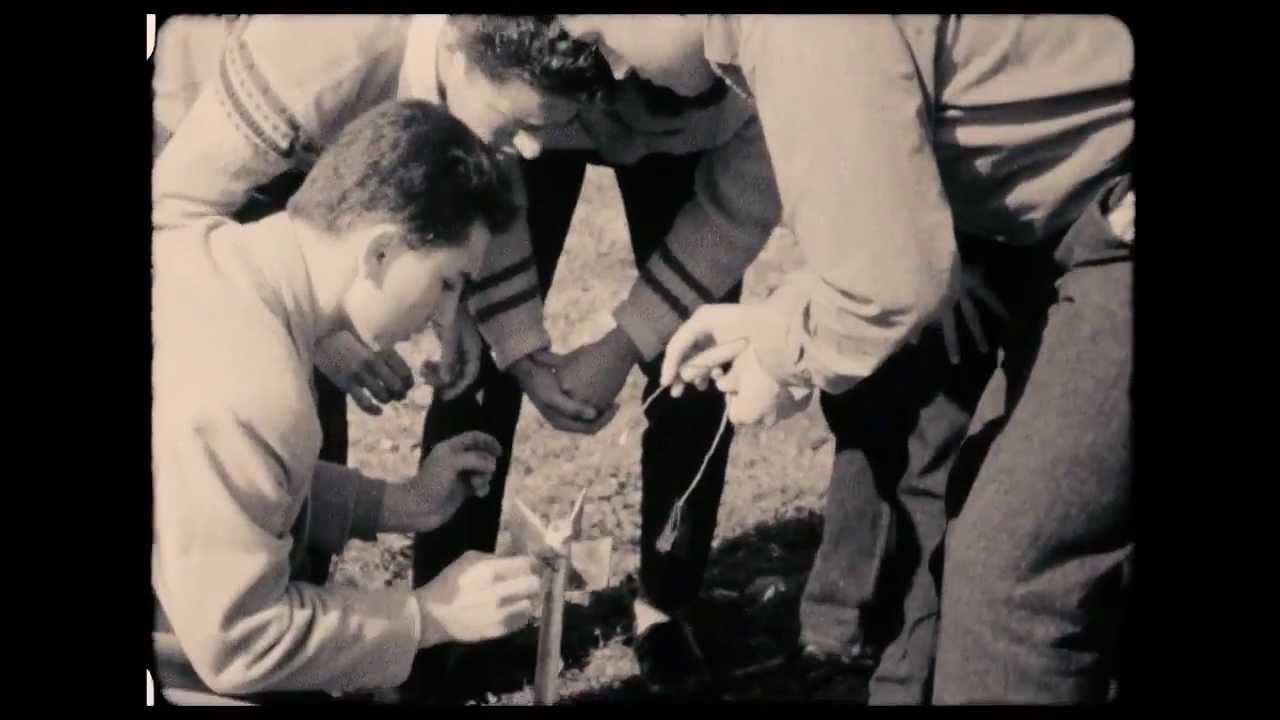 The initial testings took place in the mountains overlooking Beirut. The area was desolate, and any launching was in theory safe. But one day during ignition, a rocket propelled the launcher backwards, flying to a mountain behind them and landing mere steps outside the doors of a Greek orthodox church. So in order to improve both the quality and the size of their rockets, each student involved was assigned a specific part to study and refine – all on a shoestring budget. 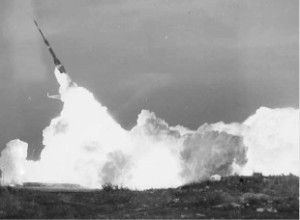 Their rockets – at first made from pipes they found in random shops and cardboard their brothers and children used at school – reached longer and longer ranges and started attracting the scientific community’s attention. By April 1961, the team could reach an altitude of 1,000 metres. The next rocket reached 2,000 metres. And then the Lebanese army started to pay attention.

Components from the U.S. and France were made available to the team. The Army even ordered a military factory to construct more complex versions of the rockets and assigned an area, with no planes overhead and no ships in the vicinity, overlooking the Mediterranean to function as their artillery range.

Afraid of the possibility of their project being kidnapped for military purposes, the university group was wary of the Army’s generosity. As a matter of fact, their suspicions were well founded: Behind their backs, a committee had been formed to figure out how to utilize their achievements for making weapons. 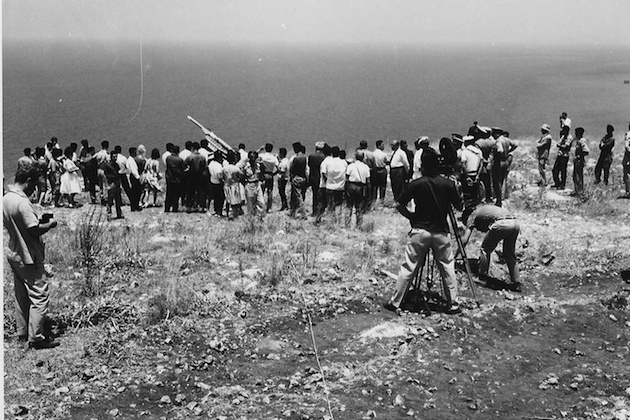 The space project turned into a national patriotic adventure: Every Lebanese citizen at the time knew of the Rocket Society and its achievements and felt proud of the image their tiny country was giving to the rest of the world. Large crowds would come to watch the launchings. The rocket was even depicted on a stamp commemorating Lebanon’s 21st birthday. 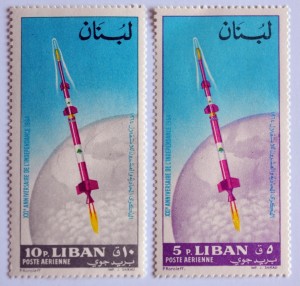 The club started receiving massive amounts of cash and was once again renamed, this time to the “Lebanese Rocket Society”. Thanks to a little push from the authorities, the national emblem was adopted for its Cedar Rocket Program. The rockets were called Cedars, in reference to the cedar trimmings on the Lebanese flag, and the Cedar IV was launched in 1963 and reached a height of 90 miles, very close to the altitude of satellites in low-earth orbit. The rockets were no longer toys and could traverse way beyond the country’s borders.

The early 60s were the apex of Pan Arabism, and these achievements were for many only a symbol of what the Arab community was capable of. The programme indeed also caught the eye of Lebanon’s neighbours, Syria and Egypt, but also of Israel, which during these years (and in spite of their performance at the 1956 conflict) was still feeling under threat as the main enemy, and therefore target, of Arab countries.

Surrounding Arab countries tried to bribe Manougian into letting them in on his secrets. He discovered that there was someone working on the inside of his group as a military spy and that foreign agents had gone through his office one night looking for blueprints. The possibility of war was looming and the whole region was in turmoil. 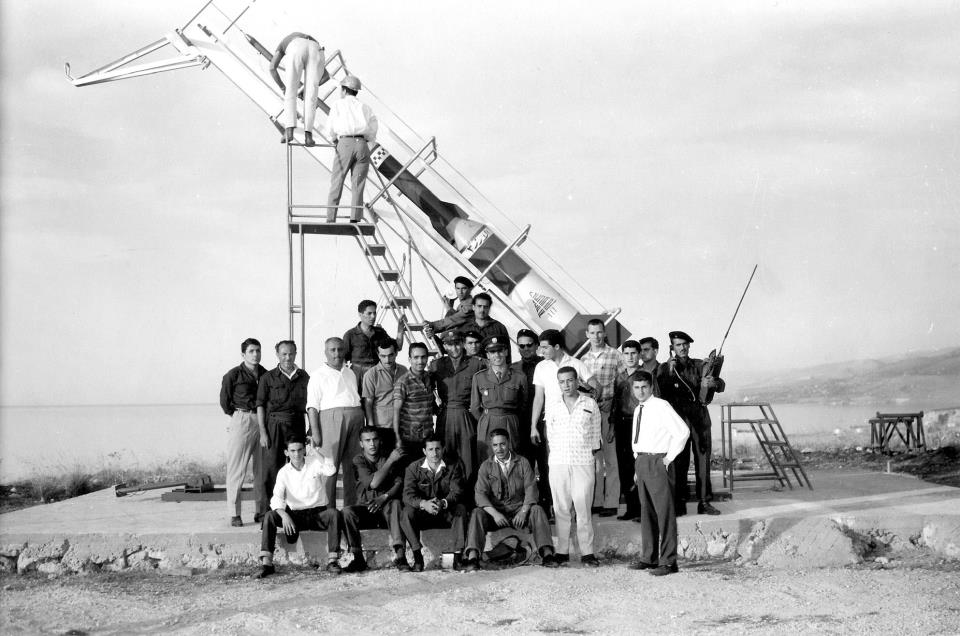 Outraged by all the inside and outside meddling and feeling he had lost every bit of excitement for the project, Manougian periodically returned to the United States to finish his Master’s degree. The final straw came with a near fatal accident in 1966, when one of the Society’s rockets missed a British naval vessel by a hair.

Manougian decided to pull the chord on the project. He passed the baton to the military, which launched one more rocket. At that point, the governments of France, the U.S and Britain advised President Chehab to shut down the project. The Six Day War in 1967 was a wake up call for everybody in the country. His students followed suit and starting sending applications to start their careers oversees. The Rocket Society disappeared as quickly as it had surged. 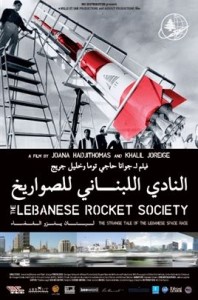 Much of the archived material was either destroyed when Israel invaded Lebanon or lost in Lebanon’s civil war, but a recently released documentary called Lebanese Rocket Society put together by two young Lebanese filmmakers, Joana Hadjithomas and Khalil Joreige, is reminding the country – and the whole world – of this group of scientists that once made a whole country daydream of the moon.

At night, Manougian, who is now a renowned professor at the University of South Florida, would climb Mount Temptation and gaze at the sky, dreaming of one day exploring its infinity. He knew he could have done so: “Would I have liked to reach the moon? Being realistic, I could not have done anymore – Lebanon didn’t have the finances. But they could have pursued science and space exploration. They could have put satellites in orbit. We could have done it…”

WE SAID THIS: To find out more about the film, check out http://www.thelebaneserocketsociety.com/.