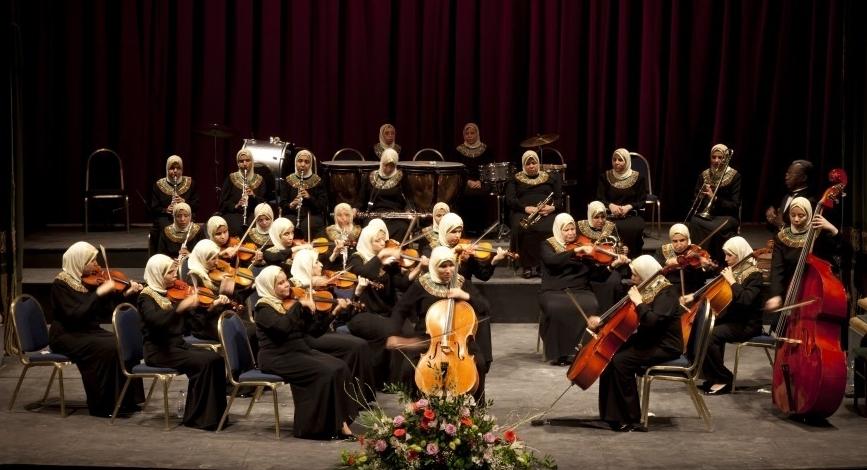 Music has that special gift of being able to speak right to your heart. But imagine being able to touch millions of hearts without even seeing what you’re playing, just playing from one soul to another.

Imagine learning how to play chords and becoming really good at it, without having the sense of sight. That is how The Al Nour Wal Amal Association came about.

The Al Nour Wal Amal Association is an Egyptian orchestra composed of around 40 women who suffer from blindness and visual impairment. Through their determination and hard work, these women not only learned how to play musical instruments, but became so good at it that they were invited to perform around the world.

In 1954, Al Nour Wal Amal was founded with blind- or visually-impaired women coming together to play music. It was the first non-governmental association in the Middle East that aimed to help women who suffered from visual impairment.

The association, which is more than just the orchestra, provides these exceptional women with care, education, vocational training and job opportunities and helps integrate them into society, with over 300 female members at any given time.

In 1961, Istiklal Radi, the leader of the association’s volunteers at the time, wanted to expand into music education. With the help of the late Samha El Kholy, former president of the Academy of the Arts and former dean of the Cairo Conservatory, the institute began to teach music on an academic basis, founding the orchestra a couple of years later. 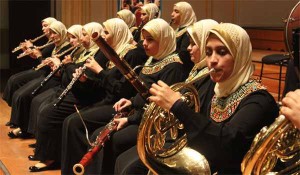 The orchestra won audiences’ hearts and by the early 1980s, they began touring internationally, traveling to five continents and 18 countries and displaying their incredible talent and accomplishments everywhere they go.

They play classical and Oriental pieces from memory, without reading the notes and, of course, without the normal conductor’s role we’re used to. While rehearsing, each musician memorizes their part by reading the notes in braille and practicing endlessly until they’ve learnt their part. The conductor, currently Ali Osman, uses a stick to tap against a wooden surface, so the musicians can tell the speed they should be playing at.

These incredible women work hard to prove that visual impairment is not an obstacle that should stand in the way of accomplishing your dreams. Aren’t they a true inspiration? Watch their talent and see for yourself below.

WE SAID THIS: Don’t miss Diving With Disabilities in the Red Sea