For the first time, Forbes Middle East made a list of the 100 most influential Arab celebrities in the year 2017. The survey was based on the popularity and influence of each star across their social media platforms.

Forbes team looked over 500 celebrities with over three million followers on social media and calculated the length of the celebrity’s showbiz career, as well as activities outside their dominant field. It is no surprise that El Hadaba, Amr Diab, was named the most influential celebrity in 2017. Nancy Ajram, Elissa, Kazem El Saher and Najwa Karam were among the top five influential celebrities. 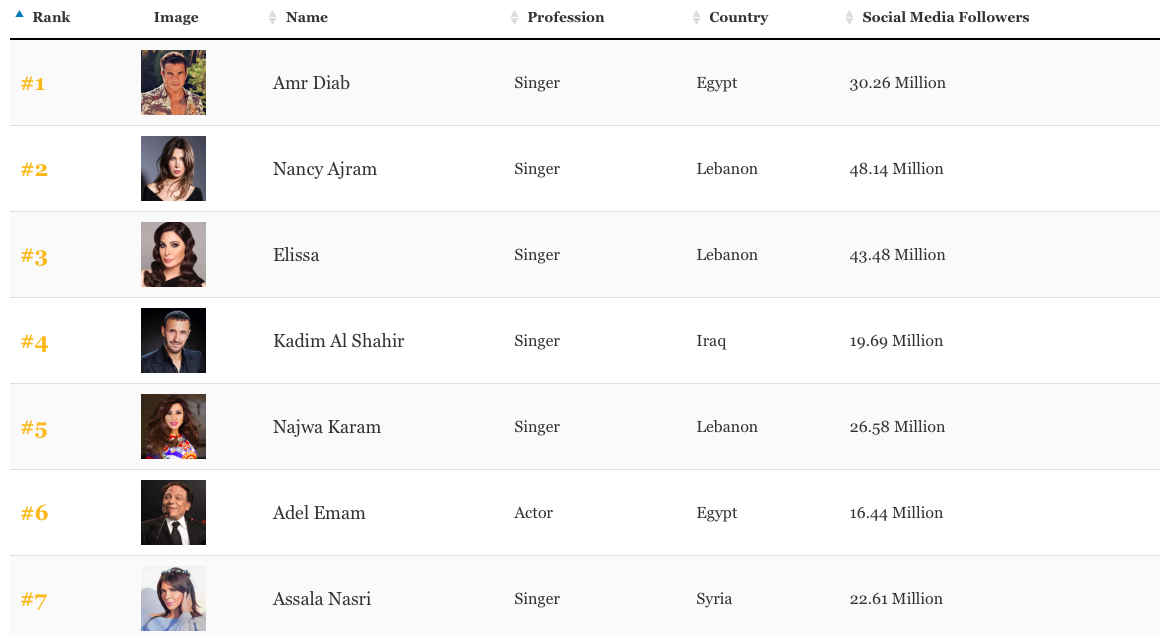 Another star who is widely celebrated across social media for making the list is Asser Yassin. The Egyptian actor made it straight to the cover and we couldn’t be happier for our favorite star.

WE SAID THIS: Congratulations, everyone!