12 Thoughts Every Egyptian Has While Watching the World Cup

Over the past few weeks, cafes have raised flags, big screens have been installed and Egyptians have consumed more drinks, shisha and snacks than the Mexicans have consumed Tequila during this World Cup.

And we’ve been watching you, Egyptian football fans. Observing your facial expressions, hand gestures, comments and tone of voice while watching the World Cup matches. It’s been intriguing for us to analyze what’s going on in your heads during the games.

While a vast majority of 79% don’t watch matches at all, 4% don’t know if the games they are watching are part of the World Cup tournament, 38% cheers on Brazil, 14% support Holland, 11% support Algeria and 8% support Germany.

We were surprised by the low percentages of Egyptians cheering on England and Spain! 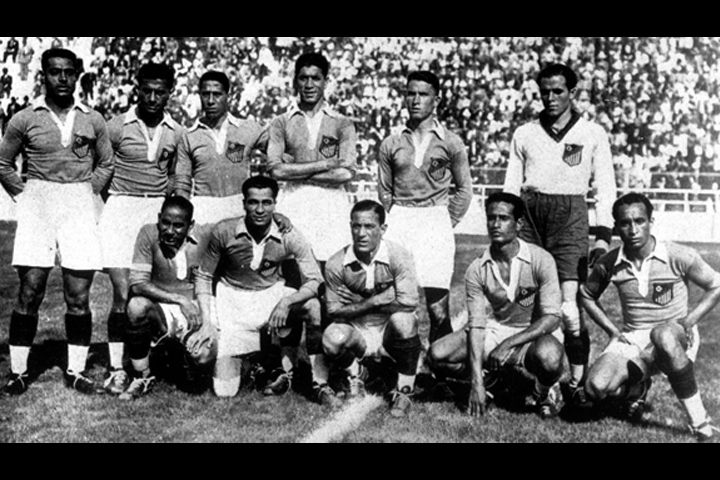 In 1934 Egyptian National Team winger Abdelrahman Fawzy scored twice for Egypt in their loss against Hungary 2-4 in the FIFA World Cup that was held in Italy.

Fawzy scored a third goal, but it was disallowed by the referee as an off-side.

2. “I will win the World Cup with the Egyptian National Team in Heaven.”

This is the kind of ambition we are looking for: realistic, determined and tangible.

The never ending comparisons with our Egyptian players during the days of glory makes our heart wrench with pain.

Do We Need A New Name For The ‘Middle East’?

Who could ever, EVER forget.

I’ve seen people who don’t give a shit about the World Cup boast with happiness over Ghana’s defeat. You know they still beat us in the qualifying games, right?

7. If Costa Rica, Mexico and Honduras are in the World Cup, WHY ARE WE NOT?

I’ve actually heard that, too.

9. When your team scores

10. When your team misses a shot

11. When the other team scores

12. When a girl is watching the game in the same place