It’s a way to let out the emotions you didn’t know were there. A way to make the burden lighter. So writing heals, right? Well, not always.

A great deal of the most notable writers in history somehow ended up with a form of mental illness.

So, what could be the reason?

Spending time contemplating thoughts can be healthy, but too much of anything is bad. For a writer to fully express their feelings, a certain amount of time is required to be spent alone, thinking. It aggravates the feeling of loneliness, isolation and despair.

Thoughts can be poisonous and minds are not immune. In fact, there are numerous studies suggesting a correlation between creativity and mental illness.

The association between mental illness and creativity first appeared in literature in the 1970s, but the idea of a link between “madness” and “genius” is much older, dating back at least to the time of Aristotle.

“We of the craft are all crazy. Some are affected by gaiety, others by melancholy, but all are more or less touched” – Lord Byron, an English poet.

Of course, there’s no denying that their illnesses have had a positive impact on their work, giving them more depth, more meaning and far more credibility, but for some, it may have cost them their lives.

Here are some of the most famous literary figures who lost the battle against their own minds. 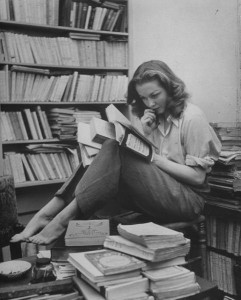 Stuck in one body with only one life and such limited choices, Plath, known for her heart-wrenching poetry and her semi-autobiographical novel, The Bell Jar, suffered from depression since she was in college. The poet made multiple suicide attempts before eventually succeeding in 1963. Her poetry deals with shock treatment, suicide, loneliness and rejection — all subjects with which she had firsthand experience.

About her only novel, she wrote:

“What I’ve done is to throw together events from my own life, fictionalizing to add color — it’s a pot boiler really, but I think it will show how isolated a person feels when he is suffering a breakdown. I’ve tried to picture my world and the people in it as seen through the distorting lens of a bell jar.”

“Death must be so beautiful. To lie in the soft brown earth, with the grasses waving above one’s head, and listen to silence. To have no yesterday, and no to-morrow. To forget time, to forgive life, to be at peace.” ― Sylvia Plath, The Bell Jar 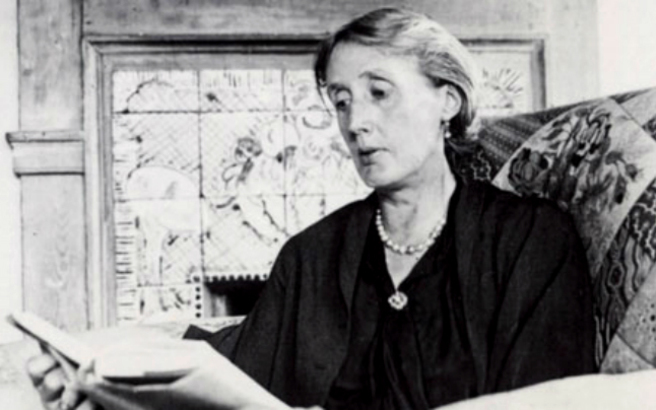 Virginia Woolf was an English writer and one of the foremost modernists of the twentieth century. She was diagnosed with depression at the age of 15, battling it throughout her life. After completing the manuscript of her last novel, Between the Acts, Woolf fell into depression again. On March 28, 1941, Woolf drowned herself by filling her overcoat pockets with stones and walking into the river.

In her last note to her husband she wrote:

“Dearest, I feel certain that I am going mad again. I feel we can’t go through another of those terrible times. So I am doing what seems the best thing to do. You have given me the greatest possible happiness. You have been in every way all that anyone could be. I don’t think two people could have been happier ’til this terrible disease came. I can’t fight any longer. You see I can’t even write this properly. I can’t read. What I want to say is I owe all the happiness of my life to you. You have been entirely patient with me and incredibly good. I want to say that — everybody knows it. If anybody could have saved me it would have been you. Everything has gone from me but the certainty of your goodness. I can’t go on spoiling your life any longer. I don’t think two people could have been happier than we have been.” — Virginia Woolf

Hemingway suffered from a wide range of mental disorders including depression, borderline and narcissistic personality traits, bipolar disorder and, later, psychosis. Rather than turning to physicians or therapists for help, Hemingway used alcohol and writing to cope. The author’s mental and physical health deteriorated so rapidly during the last years of his life, until Ernest took his own life in 1961.

“Every man’s life ends the same way. It is only the details of how he lived and how he died that distinguish one man from another.” — Ernest Hemingway

Anne Sexton was an American poet who won the Pulitzer Prize for poetry in 1967 for her book Live or Die. Themes of her poetry include her long battle against depression, mania, suicidal tendencies and her relationships with her husband and children. Sexton suffered from severe mental illness for much of her life, her first manic episode taking place in 1954. After a second, she met a doctor who became her long-term therapist and encouraged her to take up poetry.

“All I wanted was a little piece of life, to be married, to have children…. I was trying my damnedest to lead a conventional life, for that was how I was brought up, and it was what my husband wanted of me. But one can’t build little white picket fences to keep the nightmares out.”  — Anne Sexton

WE SAID THIS: Don’t miss I Am Mentally Ill and Proud