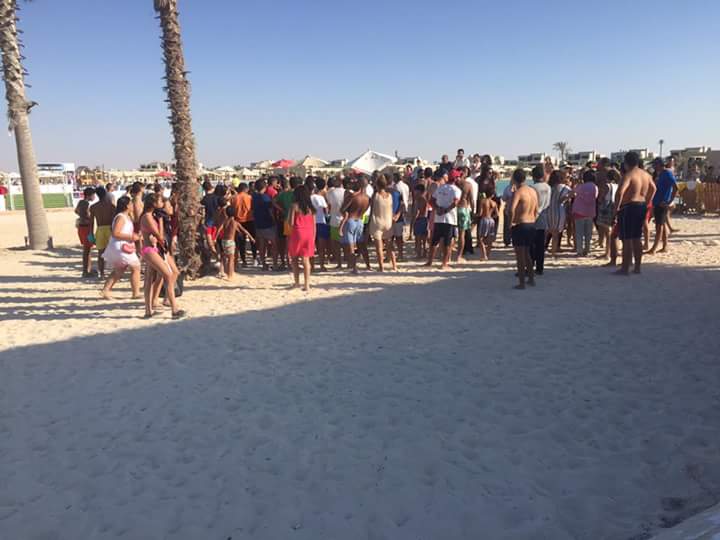 When will this ever come to an end? The bikini vs. burkini fight has been invading Egypt’s beaches for the past three years, and we have had enough.

The bikini folks don’t want the burkinis material contaminating their pools, and consistently expect them to stick to ladies-only beaches. On the other hand, the burkini crowd sometimes find it difficult to mind their own business and let go of their judgemental religious stares. We’re actually sick of both sides. Why can’t we live and just let everyone freaking live and do what they want where they want. This weekend, another fight got caught on social media and it went viral.

According to a Facebook post by Sarah El Amry, the bikini clan in Sahel humiliated a woman in a burkini in front of her family. Facebook user, Sarah El Amry, claimed that beach goers asked the woman to show them proof that her burkini material is hygienic, which led to a huge fight.

“My friend’s mother talked to the woman as I stood nearby taking pictures of the incident,” El Amry told us.

Not everyone shared the same scenario though. Commenters claimed that the burkini group were taking photos of the women in bikinis which led to the outrage.

We’re honestly far from surprised. Many Egyptians find it difficult to accept anything that looks or sounds different. Either way, it’s time hijabi women stop judging other non-hijabi women on the beach, and bikini people to stop overreacting every time they see a woman in burkini going for a swim.