Who Is Ali Farag? Meet the World’s Number One Egyptian Squash Player

On the 2nd of March, 2019, the diligent Ali Farag scored three points against fellow Egyptian Tarek Momen, with the latter scoring only one. A few brief moments followed the referee’s announcement of the results; for the first time in his career, Farag has become the world champion.

The well-deserved victory propelled Farag’s career to new heights, and in a press release, the young champion declared that this is only the beginning of his huge, never-ending dreams. 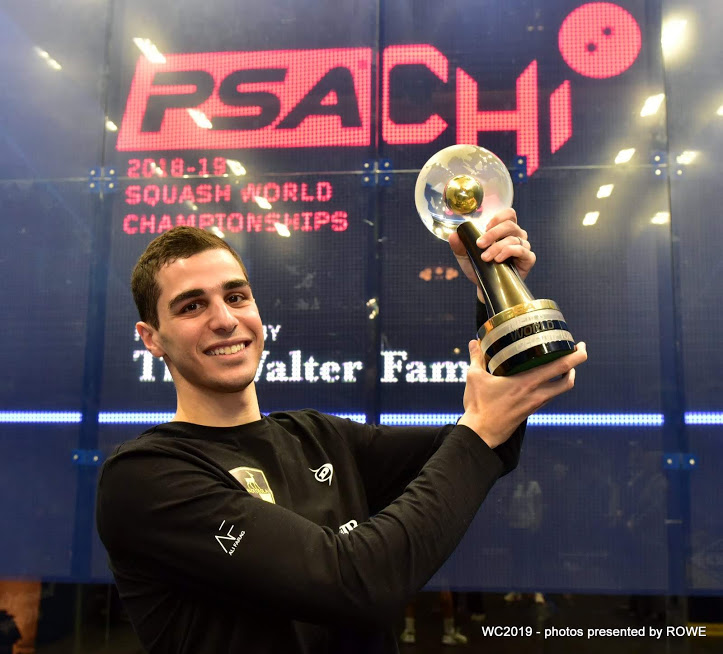 Farag graduated from Harvard University with a degree in Mechanical Engineering and is one of the all-time, greatest athletes of the sport. From his first title at the Open du Gard in 2011 and the victory at the Meersquashheroes Open a week later, the squash community eyed the promising talent. However, it was not until 2015, at the PSA World Tour finals that the world learned that he is a force to reckon with.

The Wadi Degla player stated that reaching the top rankings for the first time in his career has helped him materialize his passion and effort, and to top it all off, the win at the PSA Championship has made his happiness complete.

Farag has proven himself to be one of the most talented and professional athletes to ever represent Egypt in a sport. Also, the young man has become a role model for the new generation of squash players, inspiring them to carry on as nothing is impossible.

When asked what his dreams were, Farag replied saying that he plans to win the championship several times and fight for his number one rank. That would require a great deal of effort and persistence, given the tough competition from fellow Egyptians. However, the world’s champ is confident that he is up for the challenge and ready to give it 100%.

Farag is married to fellow Squash Athlete Nour El Tayeb, and together they set a new record by being the first couple to ever reach the world’s championship final together. However, El Tayeb lost to Nour El Sherbini in a well-played match.

The champion thanked his wife for being his number one source of inspiration and his go-to person. He insists she always made him a priority despite being overwhelmed with her own matches. El Tayeb, through motivation and encouragement, has helped Farag reach the top rank.

WE SAID THIS: Ali and Nour, good luck on your next championship! You guys are definitely couple goals!