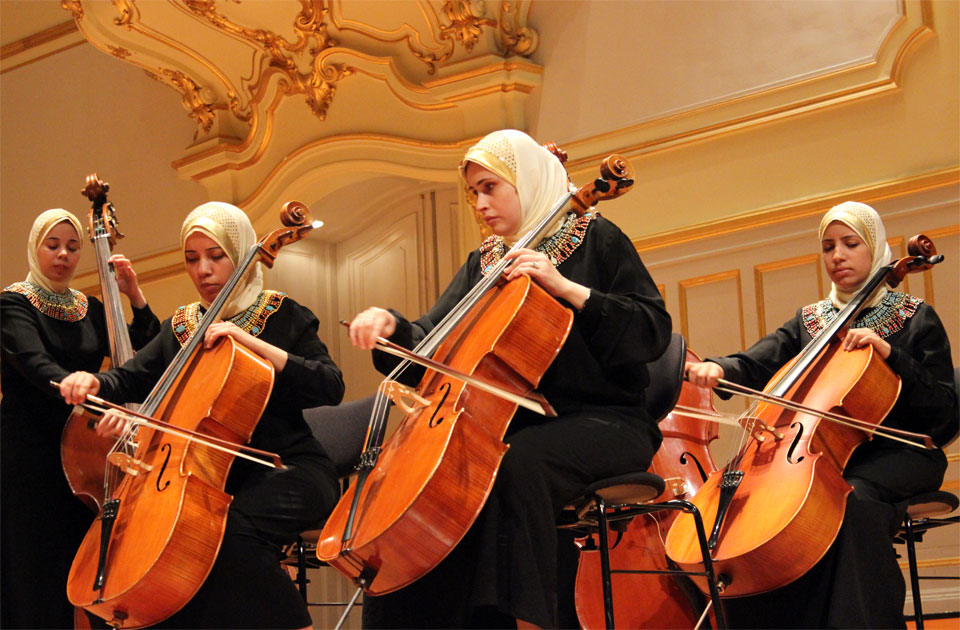 Al-Nour Wal-Amal (Arabic for Light and Hope) Chamber Orchestra,  known as “The fourth pyramid of Giza,” “The human miracle,” and “The ambassadors of Egypt”,  was the first association  in the Middle East to put the spot on the care, education and the vocational training of blind girls and women.
It was founded in 1954 by a group of volunteers under the leadership of the late Istiklal Radi with support from the late Samha El-Khouly, former president of the Academy of Arts and former dean of the Cairo Conservatory. The institute was founded to provide an academic basis of  musical and instrumental training.
Al-Nour Wal-Amal Chamber Orchestra, consisting of 40 visually impaired women whose concerts in Egypt soon met the Egyptians admiration and respect, which was the thing that led to their overgrowing popularity both locally and in the west. They toured across five continents and countless countries gaining the audience’s applause and ovation every time they performed. Al-Nour Wal-Amal Chamber Orchestra’s performed at the stage of Old Cairo Opera House and then continued performing across many venues in Egypt.
Amal Fikry , vice-chair of Al-Nour Wal Amal Association is the driving force behind the organisation, she radiates passion, pride, genuine warmth and love to the orchestra. She’s an explorer with passion for travelling that surpasses everything. She traveled the world and took it upon herself to make the orchestra’s voice and spirit resonate within the world too.
Read More: 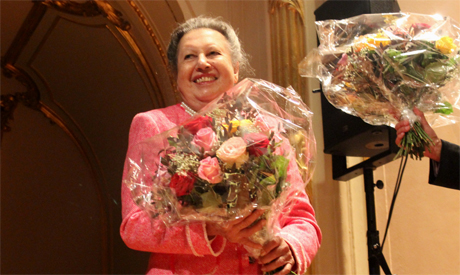 “Music is what gives those girls purpose and a sense of self-worth. They also explore the wonderful values that music carries,” Fikry comments.

The organization serves as a place for these women  to unleash their talents and keep their passion for music alive and undoubtedly one that inspires each and every one of us to get over what we believe is an impossible dream to pursue. 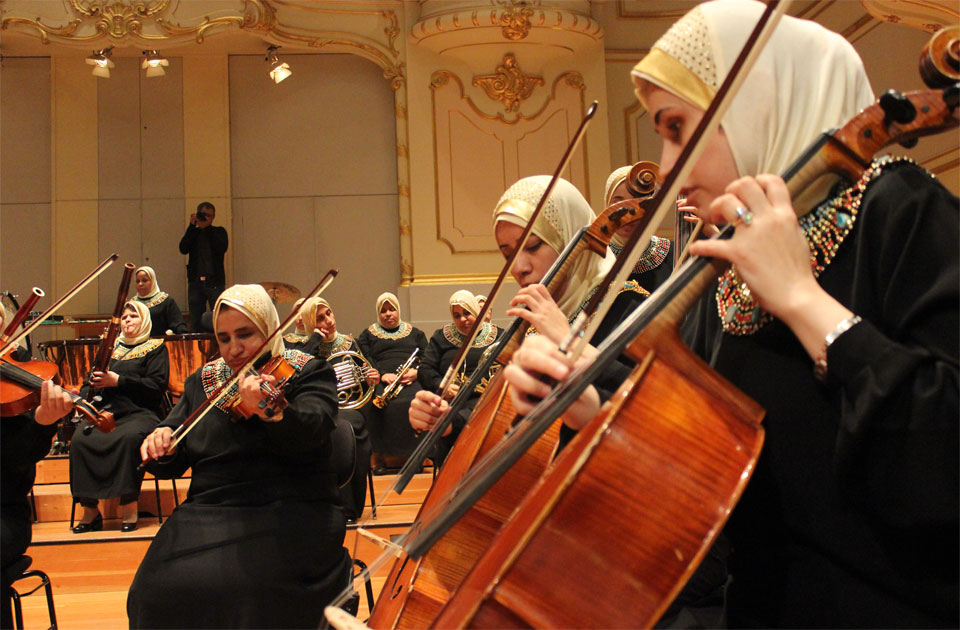 The orchestra often performs in concert halls that carry illustrious histories. In Berlin, Al-Nour Wal-Amal performed in Urania Theatre, which belongs to the Urania Society and in the over a century old In Hamburg  “Laeiszhalle” that miraculously escaped damage during the two World Wars  with its original interior almost intact.

WE SAID THIS: There’s no greater disability than the inability to see potentials. (Photos via Ahram Online)