Remembering the Heroes of 6th October

Our generation has been celebrating 6th of October since the day we were born, but we’ve never paid that much attention to the details. Yes, we know that Egypt took back Sinai and we know the big names that have been revolutionized since the war, but there are so many people who made a huge difference and without them, we probably wouldn’t be celebrating our great success today.

I know there must be a zillion people who deserve the credit and names should be known, but here are six behind-the-scenes heroes who deserve to be credited for 6th of October.

Amr Tolba was an Egyptian spy who had was placed in Israel by the Egyptian Military Service as an Egyptian Jew under the name of Moshe Zaki Ravi. He managed to become one of the front line soldiers in the Israeli army and helped with exact locations, timings and plans of the Israeli strategy in regards of the Bar-Lev line.

If it wasn’t for this hero, the Egyptian military soldiers would not have known the insides of the Israeli plans. He risked his life for his country and placed himself with the enemy and was even martyred dressed up as an Israeli soldier. Egyptian soldiers found his body and took it back, honoring his death for his country.

While the success of the war is based on great teamwork, there are people who stand out on their own. Mohamed Abdel Atty Attia was one of these people. He earned the nickname of “Tank Hunter” or “Sa2ed El Dababat” because of the amount of tanks he managed to destroy.

On October 8th, 1973, the first missile launched by Abdel Atty hit an Israeli tank and destroyed it, followed by the destruction of 13 other tanks. Before they knew it, they were surrounded by over 190 armored brigade from the Israeli services, but that didn’t stop him. Abdel Atty along with his fellow soldiers adjusted their missiles to the maximum elevation and managed to destroy around 27 of the enemy tanks and all armored brigade. 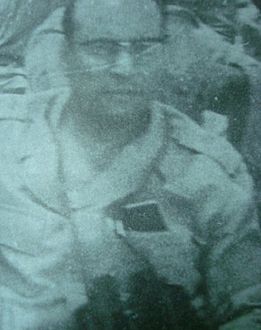 Destroying the dam and crossing over to the enemy lines was a major problem during the 6th of October war. And while there were many ideas using helicopters and firing squads, it wasn’t a practical solution. Gamal Mahmoud Aly was the genius behind the idea of using highly pressured water to destroy it and get the Egyptian squads to cross over.

Ahmed Hamdi was an Egyptian engineer who was in charge of the preparation of a group of soldiers. He had to install a bridge which will assure the safe transfer of the 3rd Army to the other side of the Suez Canal.

He was also known as “The Pure Hand”, because he detonated thousands of land bombs before they exploded. He was martyred while installing the bridge as he had chosen to be caught in the action with his fellow engineers and soldiers rather than give orders from afar.

WE SAID THIS: Don’t miss Happy, 6th of October.