Women have been uniting like never before in the United States this past week. Following President Donald Trump’s inauguration, every woman has left the comfort of her home, took to the streets to protect her basic rights. The Women’s March  has been a huge inspiration for females all over the world, yet amidst one of the biggest rallies in the history of America, a certain woman has been attacked like no other on social media. 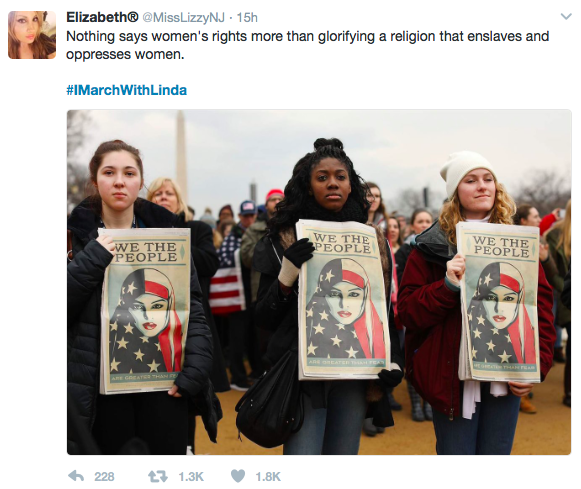 Linda Sarsour is one of the march organizers and four days ago she gave one of the most powerful speeches of the week as an unapologetic Palestinian American citizen. Soon enough, the social media backlash started, accusing her of having ties to terrorists. The Muslim activist has been known for her dedication for progressive causes and soon asked for everyone’s support on social media.
Read More:

The counter attack #IMarchWithLinda has been trending on Twitter to defend Sarsour’s cause.

WE SAID THIS: Don’t miss 11 #WomensMarch Signs That Say It All for Middle Eastern Women