Can Henedy be a worse social media addict than my poor self? The king of tweets and comebacks, who will soon throw Amir Eid off the social media throne, has a sassy say about anything and everything that is trending in this country.

The sheer panic that has been caused by the news of the possibility of floating the Egyptian pound has soon turned into the ususal memes, tweets and GIFs. Some of us have absolutely no idea what ta3ween means, but we are panicking nonetheless. Along came Henedy with his ta3weem 101 for dummies post that left the country going ‘oooohhhhhh’.

Amr Taha tweeted the world, asking for a simple explanation for the term ta3weem and asked for a simple Egyptian themed analogy like taking a spoonful of koshary

Then Henedy happened and everything makes so much sense and we are ROFL. 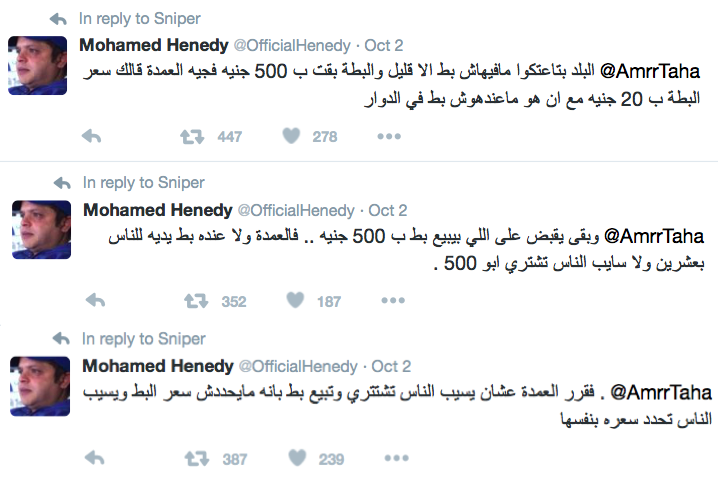 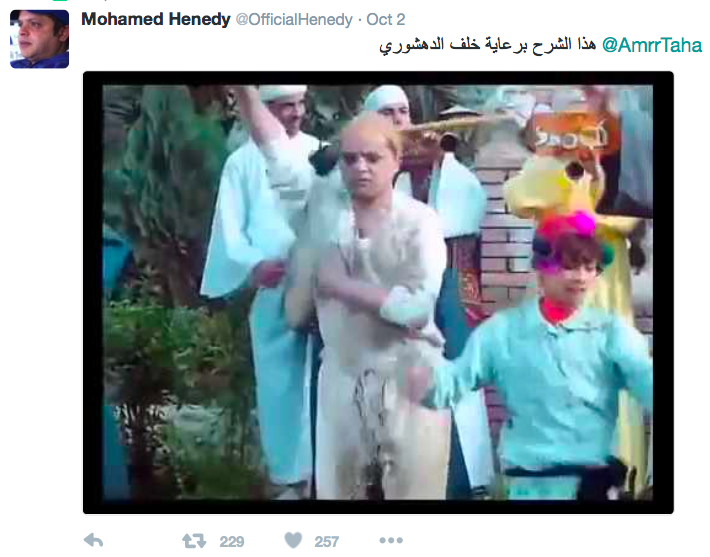 WE SAID THIS: Honestly, that made so much more sense than Google! Thanks Henedy.