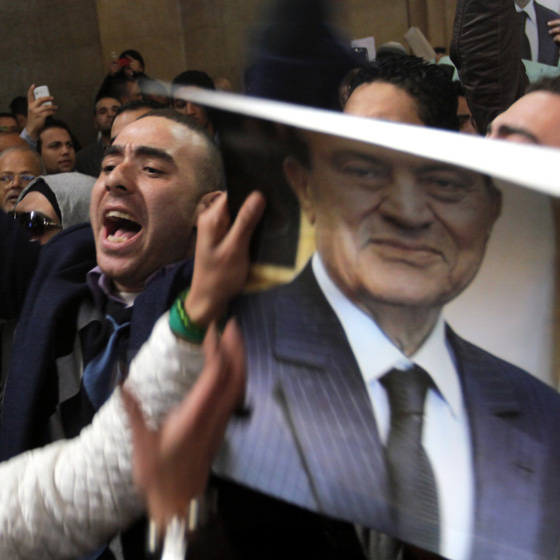 The Court of Cassation has accepted Hosni Mubarak’s appeal of his life sentence and has ordered the retrial of the former president and his former security chief, Habib el Adly, who is also serving a life sentence.

In June 2012 Mubarak was sentenced and immediately after imprisoned for failing to halt the killing of 900 peaceful demonstrators in the protests that took place against his regime in February 2011.  El Adly was accused n the same charges.

After Sunday’s ruling, read out by judge Ali Ahmed Abdel Rahman, a number of Mubarak supporters gathered in the court expressed their gladness upon hearing the verdict of the retrial. However, Mubarak is being held in custody for investigation on several other charges, and he will not walk free for now.

The court has accepted the appeals from the prosecution as well, who requested the overturn of the non-guilty verdicts on Mubarak, his two sons Alaa and Gamal and Hussein Salem on corruption charges.

Six of Habib el Adly’s aides, sentenced also in June 2012, will be included in the retrial. Five of them were found non-guilty of the killing of demonstrators.

The verdict came out one day after the Prosecutor Office of Public Funds accused Mubarak on a new charge of corruption. The prosecutor ordered his detention for allegedly receiving presents worth millions of pounds from Egypt’s newspaper Al Ahram.