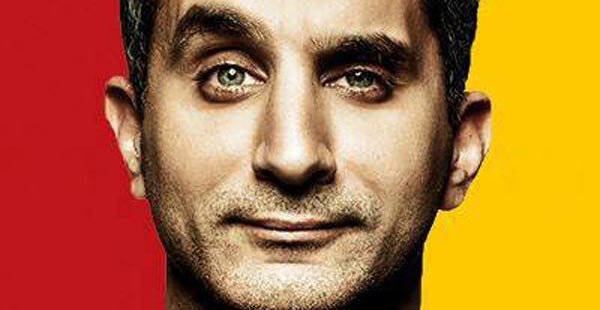 I’m a huge fan of Dr. Bassem Youssef and I don’t think that a lot of people had the opportunity like me to attend the show twice, and I’m really proud of the “Time” top 100 achievement that he accomplished, but this article is not to glorify Dr. Bassem. This is a constructive criticism to the show as a viewer.

Well, as you all know that since the launch of season 2, the show has taken a giant leap than the original show but what I expected that the content should be at least the same as before or of course enhanced. Currently, the show’s goal is to rip only on the Muslim brotherhood, and I’m not saying they don’t deserve it, but Egypt has a lot more to offer on the comedy side than them.

Watching different clips of the Muslim brotherhood and their allies and the comments made by Dr. Bassem on them was really funny at first, but now I’m starting to feel it has become repetitive.

If you are a fan of Jon Stewart and watched several episodes you would find that it’s a well-rounded show with material starting from the president all the way down to a local community or to a small business owner. Egypt is not scarce on material, all you need to do is just take a small drive and everything is there like, for example, what country in the 21st century still has chariots or “Karros” still roaming the streets of the city?

I remember when I used to have a Facebook account, there was a page called “Only in Egypt” and it had some really messed up things that were happening in this country, weird pictures and videos that really showed some of the stupidest stuff I have ever seen in my life. I know the show is a political satire show, but behavioral patterns and trends in this country go hand in hand with politics.

I thought of talking to some friends and get their feedback on what I’m saying now, and most of them agree that Egypt has a lot more to offer than the Muslim Brotherhood. I hope that when “Al Bernameg” is back online after their vacation, we could see a fresh new perspective on Egyptian events and still keeping the segment with regards to our idiotic government and their allies because that is just GOLD.