A horrific status is being shared by every Egyptian as we speak about a case of child sexual abuse in Futures British School in Egypt. As a parent, I feel helpless, angry and sleepless. I can’t even begin to imagine how the parents of the sexually violated children must feel right now.

A parent has gone public with her child’s case and shared his story. The mother wrote that her three-year-old boy hasn’t been feeling well. After finding swelling on his genital organ, she thought it was an insect bite, until days later he confessed that a man took him, along with his friends, to the school’s roof and showed them his genital organ, then inserted something hard inside of them from behind and threatened to make insects bite them if they made a sound. 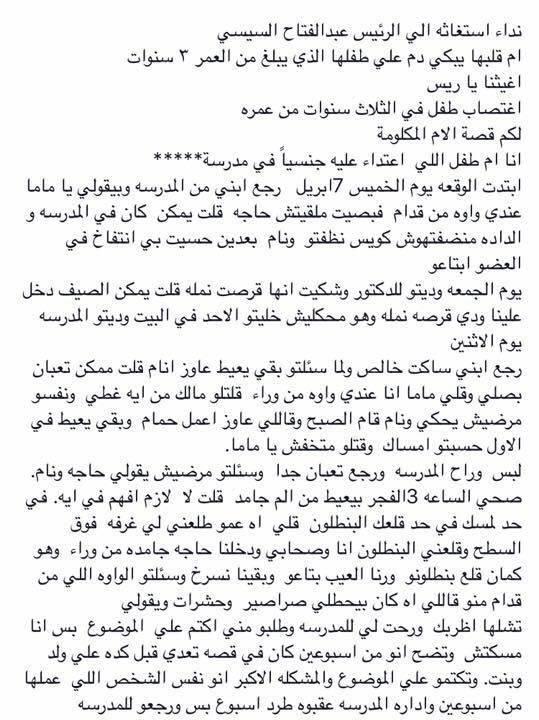 What makes it even worse is that the parent claims there has been a similar incident with a boy and a girl with the same suspect who was suspended for a week only. The school released a statement asking parents to stay calm while a legal investigation takes place. 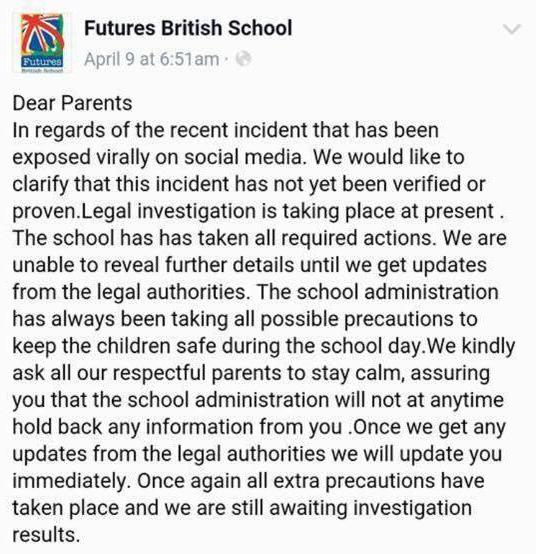 I find myself speechlessl. There is nothing to say at this point, we as parents are not worthy of our children if we do not escalate this until there is a clear uncorrupted, unbiased investigation. Whether or not the mother or the child are making this up, similar accusations should never be taken lightly. Let’s make the hashtag #محاكمة_مدرسة_الفيوتشر_لاغتصاب_الاطفال go viral and send our children a message that they can tell us anything and we will be there for them.