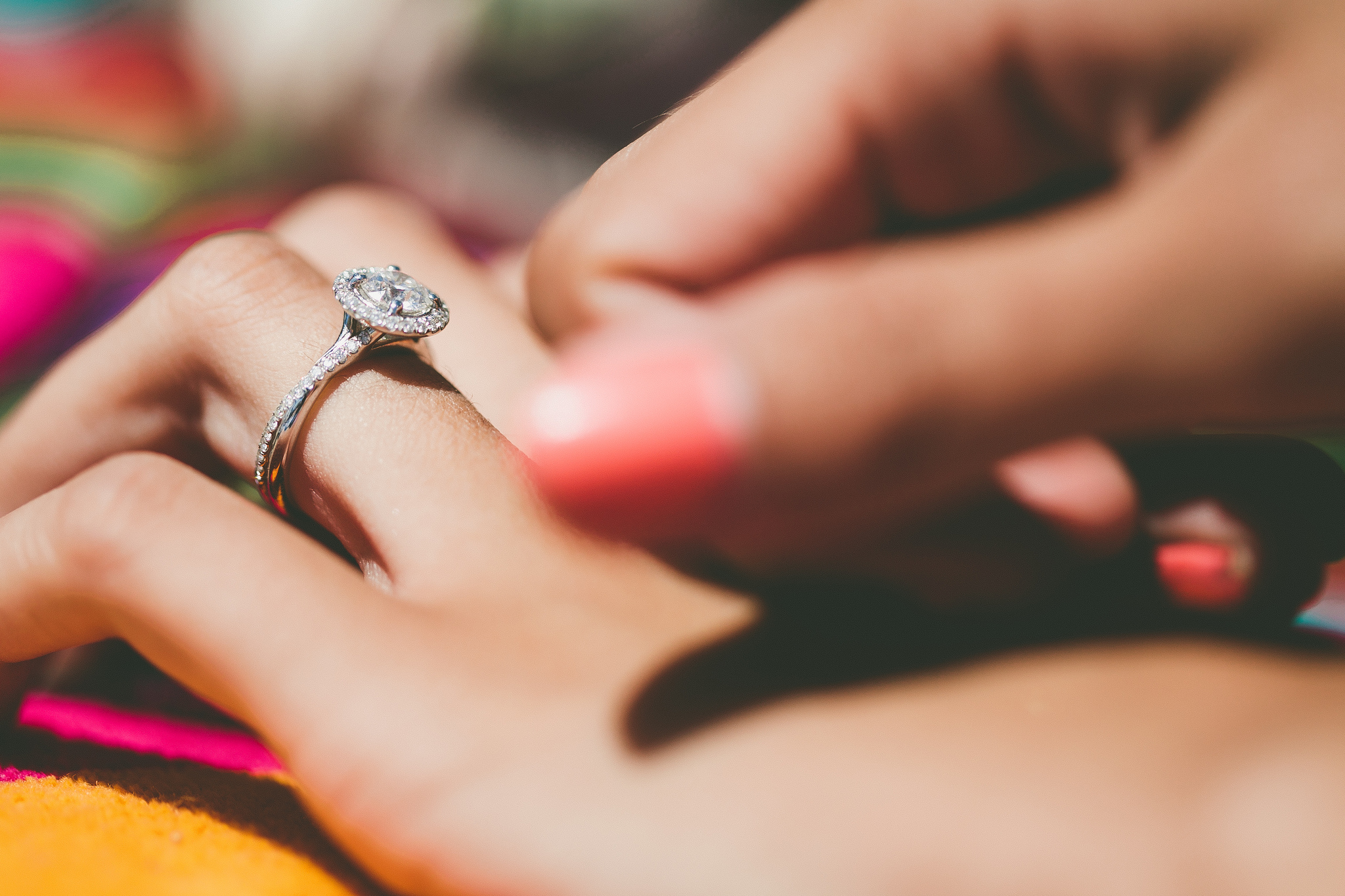 Approaching your 21st birthday, the biggest decision you should be making in your life is what kind of bottle you want to have at your 21st birthday party, not what kind of cake you want at your wedding. At 20-years-old, I had been faced with one of the greatest struggles of my life, I was pressured into getting married, to a guy I barely knew but would soon enter a journey that was cut from the hottest Turkish mosalsal.

My mother had met someone with “a brother looking to settle down,” so naturally my mother being an Arab mother passed along my phone number, email, and Facebook without consulting with me. The soon to be fiancé (Youssef*) was decent looking, nine years older than me, was making bank, and worked in Madagascar (not the movie). To my mom, the match was perfect; someone from the same religious and ethnic background as me, who was mature and stable enough to provide me with a future she believed I needed. After a being forced to have a few extremely boring phone conversations that lacked all signs of romance and flirtation, I told the guy I wasn’t really interested…k thanks bai. End of story, right? Nope, it was just the beginning.

In the midst of this all, my sights were set on other forms of love. I was desperate to return to Jordan to see my summer fling/sweetheart, Rami*, we were young, in love, and couldn’t wait to see each other after spending a magical winter break together. I decided to take my mother’s invitation and flew from San Francisco to Amman to be reunited with my ‘one and only’ at the time, but to my surprise I had a different man awaiting my arrival. My mother and aunt had plead to give the guy a chance but after flying from Madagascar, to South Africa, to the UAE, to Jordan, I felt a sense of guilt and obligation to meet him half way when he arrived. He insisted we meet hours after landing and at 20, I was faced with the most awkward situation of my life. Rejecting a guy who didn’t know me, flew across the world to meet me, in the pretense of my brother and mom.

He continued to contact me to meet up and I refused which led to the most fierce fight with my mother and me threatening to return home after staying for less than two weeks. The fight had ended with my mom taking my phone away and waking to find her grim with anger. She had discovered through my messages that I haven’t been the most pious of Arab girls. My lifestyle of drinking, smoking, partying, and dating acted as her weapon of blackmail which was the pressure that led me to give the guy another chance. Before I knew, his family and my family were formally meeting each other, and in less than three weeks we were picking out engagement rings. The night before the tulbeh (engagement), I was on the phone with Rami crying all night, I didn’t want to get engaged but I felt like I was at the point of no return.

I had traveled backed to the States the following week to begin the semester, and was reluctantly trying to convince my friends and family that I was excited to get married. No one was buying, but I went on with the lie for a month. Some things are absolutely un-explainable; dreams, intuition, and that gut feeling; I cant explain why one night I was enthusiastic about was picking out bridesmaids dresses with my friends, and the next morning I jumped out of my sleep saying “I need to end it.” With a four minute conversation it was over, my mom wasn’t too happy, my father thought it was the right decision, and I was finally relieved. Days later, WWIII had started between my mom and I as my ex-fiancé had gone crying to my mother over his broken heart.

Kim K Met Look Is Praised While The Niqab is Banned: Is The West…

The fight continued with my family for a three months, the level of drama had reached the point where I decided to quit my prestigious internship, cut communication with my friends, and live life just going to university and home. Older members of my extended family had told me I was being stupid, picky, and would be alone forever if I didn’t return to my fiancé. Accusations of my virginity were called into question in front of members of the family and the fighting became more and more unbearable. Running away became an extreme but logical solution for it all.

Finally after three months of endless drama things began to cool down but it was really just the calm before the storm. My mother had began asking me questions like “what if he was here?” and “what if he tried to win you over?” I had known he was either already in the States or planning to be there soon. I told her I’m not an idiot and asked that he didn’t make an appearance until Thanksgiving break for me to be able to deal with the second round of drama. Just like that, I found myself in the midst of the man I was meant to spend the rest of my life with again. He had traveled yet again across the globe to win my heart.

This time I was ready, I had a crash course in adulthood I wasn’t expecting and I now knew how to deal with it correctly. I sat him down and thanked him for his efforts but they were not requested. I repeated this for three days as I simultaneously toured him around San Francisco. On the next day my mother had barged into my room as I was preparing to meet with him again. “I’ve been praying and something in my heart tells me something is wrong…khalas end things and get rid of him.”

I was overwhelmed by a sense of anger, joy, shock, and excitement. I knew the only way the ordeal would end is if my mom would finally let it go. As I met up with him for the last time, I returned my ring and begged him to find happiness and move on. He was stubborn but finally accepted the reality.

Getting engaged was a curse and a blessing in disguise. After the whole ordeal I had a new found appreciation for everything in life, as if I was drowning and was rescued at the very last moment. My friends, family, career, and independence would never have the same value in my life. I began to care more about university, I showed more love to family and friends, I worked harder, and I learned what love really is by knowing what love is not. Being engaged I was faced with my reality would be flipped upside down. The engagement and the two breakups made me grow up in a way I would’ve never imaged.

Some may say it’s romantic, or noble that someone cared so much for me that they chased me around the world to show their love. Some may say I’m an idiot for letting him go but the reality is, the thought doesn’t count, the act of romance is irrelevant. If the love is not present then there is no value in the gesture.

WE SAID THIS: *Names have been changed