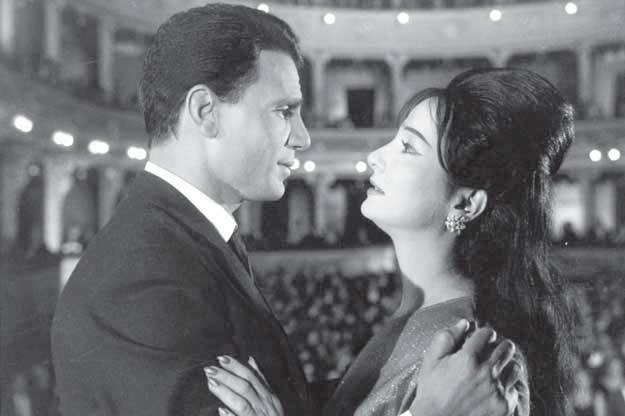 Arab men have been labeled as oppressive, controlling, and abusive, these accusations come from scenarios where the case has unfortunately been true, however many Arab men have been thrown in the same category. But after many years of being friends, dating, and living with Arab men, I’ll tell you that you probably shouldn’t date an Arab man.

You shouldn’t date an Arab man because he, not like other guys, doesn’t have to think or act the way other men do. Coming from a region engulfed in chaos and tragedy (to say the least), Arab men don’t have the capacity for trivial sh*t. His concerns and aspirations lie in places where he believes it matters the most regardless of popularity.

Don’t date an Arab man because he’s the type to taking things at his own pace, and will tell you right off the bat whether things will go slow or if he’s looking to get serious. He’s not one to jump into things without rationality because he’s been told his whole life that he needs to fill the shoes of the stable family man. And he most definitely will fit those shoes like clean pair of kicks – when he feels the time is right.

You shouldn’t bother if you can’t pass the human bullsh*t detector. He won’t tolerate trifling characters, and will not think twice about calling people out on it. He doesn’t have time for excuses nor lies; he’s a man with a vision and intends on fulfilling that vision regardless of the roadblocks in his path.
Don’t date an Arab man because he doesn’t care to be analyzed or probed when not responding to cryptic text messages; he’s too busy working his ass off trying to get to where he wants to be. You shouldn’t date him, if you can’t handle being called out on petty insecurities that stem from a desperate thirst for attention.

It’s true he is in fact old school; they do feel the need to pay for dinner, open doors, and follow their protective instincts. Don’t date him if your inner feminist believes he’s doing it all for his manhood, because he’s only abiding by his nature that come from the culture of respect he was brought up in. Don’t date an Arab man if you can’t handle his concern, because when an Arab man cares for someone he cares for them deeply.

Don’t date an Arab man if you can’t handle the intensity of his love, because when he finally does find someone he loves, he loves them with every fiber in his being. Although it may be mistaken for insanity – and sometimes it just might be – he loves purely and unconditionally. 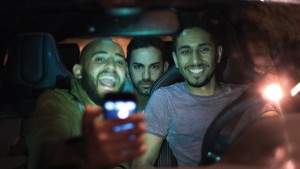 Stay away if you can’t handle his level of unshakable loyalty, because he will not hesitate to put his boys first, even if they’re in the wrong (which they typically are). Don’t date him because he’s too selfless; he’d put his life on the line for his blood because he upholds the value and practice of making sacrifices for family.

Don’t date an Arab man because the first thing on his mind won’t be when you’ll get married. Don’t date him if you truly believe in the orientalist notion that all he hopes to accomplish in your relationship is dominating and oppressing you. Don’t date him because he’s not the stereotype, he’s his own person, whether he’s a student, an entrepreneur, or just working in the ma7al. Arab men are not replicas of each other, they come in different ideologies and walks of life.

While it’s true that some Arab men can be total assholes- just as many other men on this planet are, but he won’t accept being thrown into a category where people can’t uphold a sense of respect. Don’t date an Arab man if you truly believe that all Arab men are scum of the earth, because it’s not customary to his heritage.

They’re the ones you can’t live without, but can’t live with either. They are the men raised by the men we admire and and cherish; they’re your comedic cousins, your insightful preacher, and your overbearing father. They’re the men who struggled to get to where they are, so they can ease the struggle of others.

Don’t date an Arab unless you can acknowledge and respect his drive, passions, and the people and things he values most in life. Arab men are more than just the an ATM or a fountain of attention, they’re not the stereotype. So don’t date an Arab man if you can’t handle what he’s going to bring to the table.