Discovering MENA – Lebanon: a Presidential Vacuum and a Recurrent Candidate 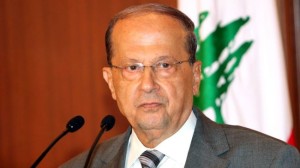 A year ago I wrote a piece on Lebanon’s political mess that focused on how the country was still functioning – to say the least – without a proper government in place.

Four months ago and countless rounds of negotiations afterwards, the state finally got itself a new Prime Minister – the Sunni leader Tammam Salam- and a new cabinet. The new government of national interest’s first task was to issue a much-awaited ministerial statement, vitally agreeing on its responsibility to preserve Lebanon’s sovereignty, independence and territorial integrity through all legitimate means and affirming the right of Lebanese citizens to resist Israeli occupation, respond to Israeli aggression and liberate Lebanese occupied territories. This allowed the Parliament to grant a confidence that would guarantee immunity in the event of a void in the Presidency.

A wise move, for everybody knew that was not unlikely to happen.

The constitutional deadline for the election of the new President theoretically stretched between 25 March and 25 May. Today, Lebanon still has no head of state, and finds itself confronted with a gigantic task: finding a candidate that suits everybody in and outside the country.

In addition, the renewed one-year mandate of the current Parliament – headed by a Shia Muslim – will come to an end by November 2014. Several Christian MPs – Lebanon’s Christian community is afraid of not having a representative in the country’s political leadership, built on a Maronite-Shia-Sunni troika – have threatened with boycotting any parliamentary session that does not aim to elect a President.

This presidential vacuum – the third since 1975 – is therefore not without repercussions, as it leaves behind a paralytic Chamber of Deputies and Council of Ministers: the Parliament is unable to legislate, the government does little work and the population’s interests may well wait – as they have for years.

The seventh unsuccessful attempt to elect a president took place last Wednesday June 18th. Members of both Hezbollah and the Free Patriotic Movement (FPM) boycotted the session, for the only thing they are willing to accept for now is an agreement or consensus on the election of General Michel Aoun. Aoun, a Maronite Christian (in Lebanon, the President has to be part of this community) is indeed a vital figure in Lebanese politics that explains, up to a certain extent, the way the latter work – or don’t.

General Aoun’s history is that of a man who has scored periodic successes but has never managed to cash them in for the one prize he desires the most: the Presidency. And this is his last chance. The truth is that Aoun has never officially declared his candidacy and has instead presented himself as a compromise figure, available when all other major candidates fail to win.

During the civil war, Aoun – member of the 8th Brigade of the Lebanese Army in charge of the Suk al-Gharb region, an area that witnessed fierce battles in defense of the Lebanese legitimate authorities against the incursions of Syrian-armed proxy militias – divided Christian ranks announcing openly that he wanted to disarm militias and bring back the power to the state. His hidden plan, however, consisted in abolishing other Christian powers that might obstruct his path to the presidency.

In 1989, as the bloody civil war was drawing to an end, Aoun was appointed to head a transitional cabinet (in which he was also Minister of defense and Minister of information) composed of members of the Military Council – a Muslim-dominated civilian government disputing its authority was also created at the time – and tasked with laying the foundations of a new Presidential election. A daunting task in the midst of an unfinished war of both liberation and elimination – in the interim, Aoun declared a “Liberation War” against the Syrian Occupation – and the hesitant peace negotiations. The – first – presidential vacuum forced the few survivors amongst the political elite – greatly helped (or influenced) by the international community – to overhaul the Constitution, with a particular focus on the President’s competences and the confirmation of the principle of Muslim-Christian parity. Once everybody had shaken hands with content and joy in Taif and the US realized they needed Syria to fight against Sadam Hussein In Iraq, the Syrian forces invaded Beirut and Aoun had to flee the country.

Aoun, who remained popular among the Lebanese communities, did not return to Lebanon until May 2005, coinciding with another turning point in Lebanese recent history: after the success of the Cedar Revolution – that lead to the creation of the Sunni-dominated March 14th Alliance – and making sure Syrian troops had completely withdrawn. It seems that during his exile in France he had time to rethink his stance – or to train his political abilities, as he has been criticised many times for his “running after power” attitude – as he signed a Memorandum of Understanding with Hezbollah in 2006 and even visited Syria – the country that had vowed to kill him – in 2009. Precisely after his getting together with Nasrallah, Aoun and his party became part of the 8 March alliance – a group headed by Hezbollah, the FPM and the Amal Movement that takes its name from a mass demonstration in response to the Cedar Revolution back in 8 March 2005.

It was in 2007 when Aoun set himself again as kingmaker in the face of another vacancy at Baabda presidential palace. But because his election was then unfeasible, the presidential procedure remained blocked until the coup of May 7th 2008 and the Doha agreement. The international community had to intervene anew, and Aoun wisely played his cards anew, for the Agreement, that enshrines the proportionality in politics between Sunni, Shia and Christian communities, did nothing but granting a de facto veto power to the March 8 Alliance.

Since then, everybody is aware of the fact that the momentum is in the hands of Hezbollah and its allies – the militia actually has the power to paralyze the cabinet as it holds more than one-third of cabinet seats. Something that is eroding the popularity of the group that was first created as a resistance against Israel but is now forced to explain to its constituency why they have to mourn children and husbands who have been killed in Syria or to endure car bombs in their suburbs every now and then.

Nowadays, Michel Aoun seems to be – yet again – the one who has the key to put an end to the presidential vacuum that will – yet again – leave the country on the verge of chaos. Let’s not forget Aoun has openly sided with the regime of President Bashar Al-Assad. And all this in spite of the Constitutional framework. And in spite of what the Lebanese themselves have to say.

As a matter of fact, all the presidents since the civil war have been “elected” to office against the background of “exceptional circumstances”, settlements and deals between the main stakeholders inside and outside the country. Even though every alliance proposes its own candidate, none of these sides realizes that the Lebanese people do not have the final say. The Lebanese themselves are partly to blame, as the lack of a unified Lebanese identity has given Lebanese factions enough excuse to seek external support. Lebanese politics have always – even before independence from France – subject to foreign meddling, and the current situation is the perfect example of it. Few are the powers that are not nowadays involved in one way or the other in this presidential conundrum: be it Syria and Iran (and the influence they wield over Hezbollah), Saudi Arabia, the US, Qatar, Israel, Iraq and even the EU.

All of this in the face of an immediate threat coming from neighboring Syria and Iraq. Let’s not forget Lebanon is part of the Islamic state across the Sunni Arab world that Daech (or ISIS) intends to create, thus erasing the borders drawn by colonial powers after World War I. The latest bombings seem to be nothing but an evidence of this. The election hasn’t reached the international decision-making circles yet, but it wouldn’t be the first time these wait until blood is shed to react. Let’s only hope Lebanon does not become – yet again – a guinea pig with which all the regional powers experiment and vie for modelling the country according to what they want the Middle East to become.

We Said This: Like the rest of the region we’ll just have to sit, watch and see what happens