Up Close and Personal: Unemployed, Educated, Egyptian and Female 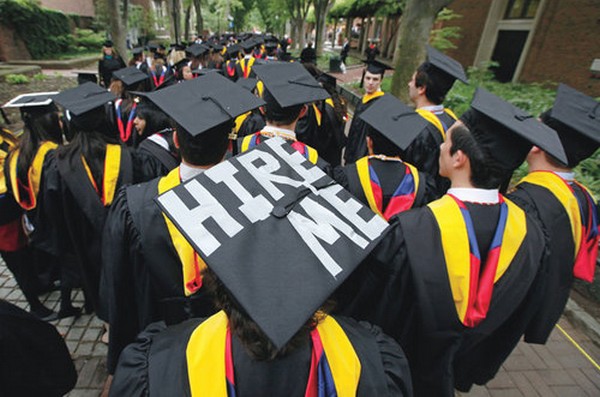 “What is happening to me?” Or rather, “to us?” – an existential lifetime crisis.

I work, therefore, I am. Those are my post-capitalism feelings and doubts, I suppose – or post-employment, I dare say.

My brain goes into loops, jumping:

But you’ve worked since you were 16?

But you worked hard!

You spent days and nights on end!

You go above and beyond the call of duty!!!

What shall I do?

I started losing track of time. I felt days and nights alike, applying for jobs, traveling for interviews, hunting for opportunities, LinkedIn, networking, interviews… what else??? MORE interviews, more search, more networking in search of the lost chord, not a stone left unturned, not a door left unknocked. And the result?

I started thinking about grad school, precisely, business grad school, hence the vicious cycle of GMAT and essays and endless stress and panic. God, if only I could take my brain out of the blender for one night.

In a month, I managed to get accepted into a good program with a scholarship, but then: Oh, you need 25,000 Euro now for a one-year student visa. Because of my Egyptian passport, right?

And my mind goes blank again.

Where do I go?

Meanwhile, after years of reckless relationships, I finally got together with a good friend, despite the odds, and it was bliss.

Until, of course, life happened and next thing I know he’s in Riyadh for a new job. Saudi Arabia… yes… I got it… right.

“If you end up with a boring, miserable life because you listened to your mom, your dad, your teacher, your priest, or some guy on television telling you how to do your shit, then you deserve it.”
– Frank Zappa

You’re just another brick in the wall, as Pink Floyd said.

Go get the certificate.

Should I get married and settle then?

But being a mother or a wife or a professional are not measures of being human. Are they?

What have I done?

For now, I know I have been living in the endless cosmos of self-pity, self-loathing and low-self-esteem. For one reason or another, I have this gut feeling that the whole world is conspiring in all capacities to molest my capability of picking a sane choice from the seemingly few but life-sculpting options that I have.

It occurs to me that we live in a society unwilling to accept self-realization outside the norm. We are all born with this passion and eagerness to make sense of things around us, but then all the attempts to control or divert or manipulate the process, leave us here…  stuck and frozen.

“There’s a big difference between kneeling down and bending over.” – Frank Zappa

Our world enforces on us a pavlovian behavior, the following of a pattern unconditionally. No questions asked, Silent Robotic Obedience, with no quarter given outside of that.

Education that should be development is closer to methodology than actual enlightening of the brain. They said: “We are teaching you how to think.” They never had the guts to actually tell us, “We are programming you, and for those who attempt to behave like an anomaly, and actually THINK, they WILL be flushed out of the system.”

I am forever grateful to the capitalist world that makes us believe that we measure our worth by materialistic achievements, which led me to waste years of hustling for jobs and money, thinking I did the right thing.

And women are, naturally, put in a much worse position.

Men have one track, that of being a provider, whether a successful businessman or a father or a brother or a son.

A woman is expected to be a mother and a caretaker, but in a disgraceful economy – or in a world were some choose to produce something different (other than babies and housework) – they are also required to provide, compete, outstand in the workplace and not only that, deal with all the disadvantages of being a working woman: a lower pay-check, exclusion, not being acknowledged or appreciated, let alone promoted.

Which means we are more prone to feeling “failure”.

It took me time to realize that having respect for oneself – finding this small measure of peace – doesn’t come from material things. If only the rest of the world would wake up to that, too.

WE SAID THIS: For a peek into the mind of Hadeel, a too-fun-to-be-old-but-too-old-to-be-fun Egyptian mum, check out Mommy Diaries. And for a look inside the life of Lenah, a 22-year-old Egyptian girl engaged to a foreigner, don’t miss Diaries of a Bride to Be.