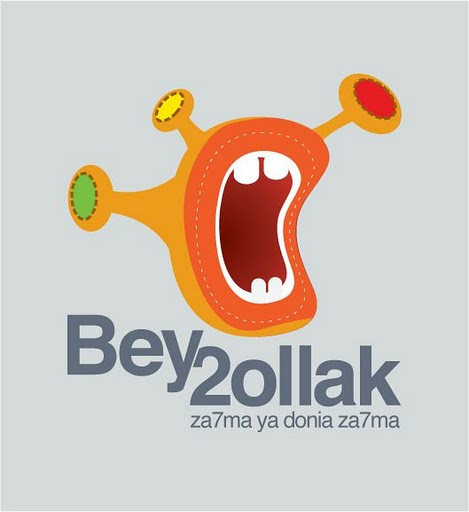 On behalf of the natives of the Republic of Cairo, I would like to thank the creators of Bey2ollak app who saved us hours of torture being stuck in Cairo’s traffuck by dodging certain routes and taking others.

That app is a life saver, I kid you not! If you’re not familiar with it, it is simply a mobile app that you download on your smart phone to tell you which route to take and which to avoid. Bey2ollak uses the Franco-Arabic language & it has a list of main roads/areas/bridges, where users can log-in to, to either report on traffics status or to check how it’s like.

Statuses are in colors and it includes green ‘7alawa”, light green “lazeez”, yellow “mashy”, orange “za7ma” and red “mafeesh 2amal” & you can add comments too. App also allows you to check status by posting a white question “so2al” asking for updates. It also lets you warn fellow drivers whether there’s an accident “7adsa”, a broken car “3otl” or if a certain route is not safe to take “khatar”.

You can customize the app using the “Taree2y” option, so you’d only see the routes you regularly take instead of having to scroll down the entire list. The App recently included Alexandria’s traffic, along with a “tazbeet” option where you can link your #bey2ollak traffic reports to your Facebook/Twitter account.

We said this: if you are not using this app yet, you really should!

After finishing her MA in English Translation & Simultaneous Interpretation, Eman decided to follow her passion; Advertising! With experience in PR & Marketing, Eman finally decided to join Digital Republic as a Social Media & Viral Seeding Consultant. Eman is also an active community worker, with a love for filming documentaries.