Bathroom Break with Ghazy: What’s Going On in Egypt? 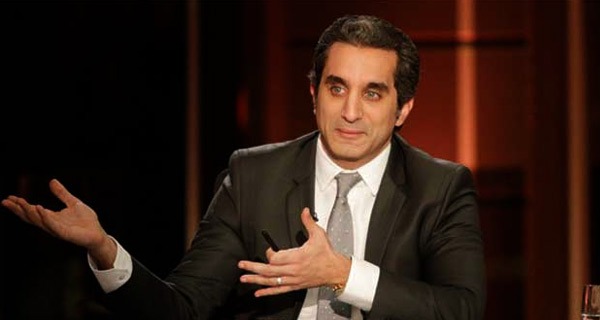 Looking at Facebook the past week was precisely why I decided to get out of Egypt.

First, there was BBM getting so much undeserved attention by ex-BBM addicts who don’t need to use BBM anymore because there are already better options out there. Then there were the people hating on the people posting their pins, getting out of line when they shouldn’t even think of it as a big deal to begin with.

Then Bassem Youssef doing a show that wasn’t even that rude to anyone, but now Egyptians who were kissing his ass unprecedentedly are against him because he decided to make a joke about who they support now.

Aren’t these the same Egyptians who were fighting against what they are doing now exactly? Or do you have to acquire a pubic hair beard for it to be in the wrong? Fucking idiots.

Especially Ghada Abdel Razek, who started hating on Bassem Youssef for making fun of her hair. What she needs to understand is that we should castrate anyone who DOESN’T make fun of that shambolic piece of shit hair.

And for the love of God, stop quoting Bassem Youssef’s songs right after every show. They don’t say anything interesting. They’re just random rhymes. And understand that someone else is going to share a line on Facebook, so there’s no need to share the same line. It’s a waste of newsfeed space.

And finally, Angham. Not only does her music suck, whoever her PR people are just provided the world with the biggest “What not to do” in the history of mankind.

Do we have no creativity whatsoever that we duplicate the same exact hair, top, earrings and pose of someone else? At least change something. And face the facts: Whatever you do, you can take the Angham out of the ghetto, but you can never take the ghetto out of the Angham.

I love this country with all my heart, but when I actually see people – EVEN IF IT’S ONLY ONE PERSON – happy that we lost against a malaria-stricken nation just because there are differences in political ideologies, it makes me feel that these people aren’t worth the dirt on the grounds of Egypt.

Let’s hope we start growing up and being normal for a change.

In other news, my BBM pin is…