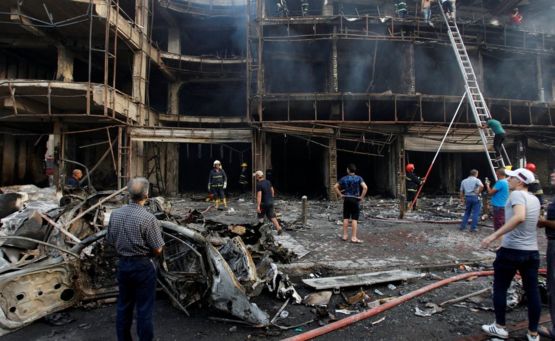 At least 83 were killed and 176 injured Saturday night in a crowded market area of Baghdad after two explosions took place in the Karrada district. Saad Maan, the spokesman for the Interior Ministry, confirmed that the first of the two blasts came from a car bomb. The second bomb exploded later in a Shia neighborhood north of the capital.

Many of those killed were children. Daesh has claimed responsibility for the attacks. Many shops were burned down as a result of the explosions, eyewitnesses on Twitter reported.

WE SAID THIS: Our thoughts and prayers are with those affected as well as their loved ones.