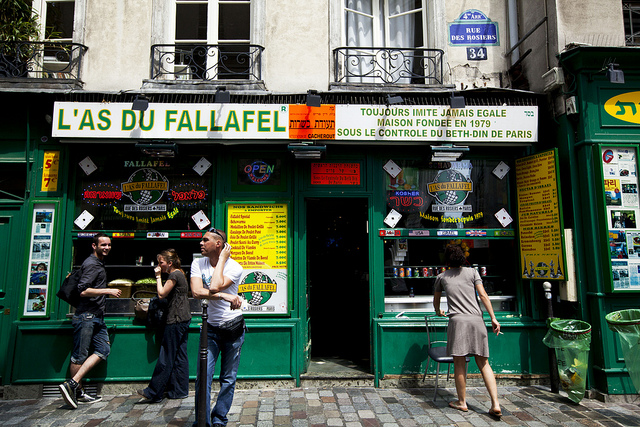 Whenever we travel to Europe, my sister and I have this thing where we spot someone who’s speaking in Arabic and/or wearing a veil and exclaim, “Arab!” We have a few other ways to spot Arabs, of course. The infamous Arabic hand gestures, for example, always gave a few people away.

On my recent trip to Paris, however, something was different. We started our game on the first half-day, but then we stopped. Seeing an Arab quickly became something as normal as seeing French people.

At first I thought it was just at the ultra tourist-packed Champs-Elysees, but I was wrong. From the top touristic spots to the narrow alleys of Montmartre, we were so many, and everywhere. Even in areas I thought Arabs would have absolutely no interest, like the Marais, for example, I didn’t see an Arab-shortage.

Besides our number, other things were different, too. We saw a couple of ads in the subway stations – in ARABIC. Hell, there was even French ads for Hajj on three different buses (yeah, I said hell and Hajj in one sentence, sorry!).

Also, this time Arabs didn’t look like clueless souls searching for a certain place on a map. No, we navigated through the city effortlessly. We blended in.

Back to School: A Teacher’s Advice for Parents

Sure there was the occasional heavily made-up, sparkly-top-wearing-in-the-middle-of-the-day woman. Or the man who was wearing Bermudas so slouchy, I literally expected them to fall at any second. However, all in all, I was really surprised. 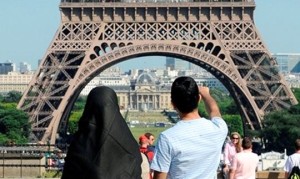 Now, I don’t know whether this was because we were in Paris, one of Europe’s largest Muslim-populated cities. Maybe the lively political scene has recently made people realize that Arabs are not, in fact, merely people on camels. Maybe it was because the media revolution has made us stay on top of everything new.

Maybe what I saw was just an image created by the different, more optimistic, eye of a traveler. Maybe it was because I had matured and realized that most of the stereotypes we, Arabs, created about ourselves were quickly becoming myths. Or maybe it was because, well, people there are starting to drop any held stereotypes of their own about Arabs.

WE SAID THIS: Check out “Whatever Happened to the UK Visa for Egyptians?“.