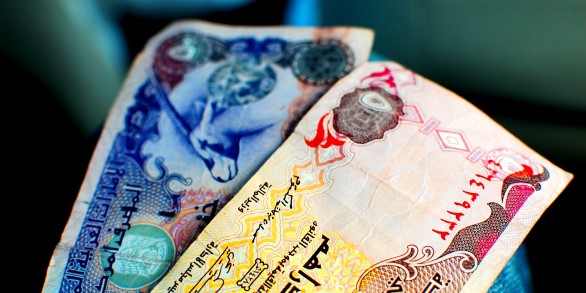 Egypt’s relationship with the GCC states has always been a close one. Egypt played an essential role in the education and construction of Saudi Arabia, Kuwait, and the UAE (three countries pledging US5, US4, and US3 bn in aid respectively) in the mid 20th century, sending teachers, doctors, engineers, construction workers – a fact that older generations in these countries graciously refuse to forget.

But the aid that we get from these nations is “politicized”, to be diplomatic about it. These countries have vested interests in maintaining a healthy relationship with Egypt, regardless of who is in power. The ouster of the MB is just a catalyst for aid that should have poured into Egypt since the economy started faltering post the January 25th 2011 revolution that overthrew Mubarak.

While it is in these nations’ best interest that the MB as it currently stands not gain a stronghold in Egypt and spread a misguided, archaic, variation of political Islam in their untested ranks, support for Egypt and its viability as a regional ally has always and will always be in the books for the GCC.

Egypt has struggled to pay for its imports since the January 25th revolution that drove down tourism and foreign investments, two major sources for Egypt’s hard (US$) currency reserves. Egypt imports petroleum products worth US300 million every month. The aid that we get from these Gulf States is meant to fill the gaps caused by the slowdowns in the hard currency revenue streams.

The aid that we get is not given to our ministry of finance in bags of cash, however: The countries pledge funds to various areas where gaping holes need to be filled. Saudi Arabia, for example, has pledged US2bn as a deposit with our Central Bank to strengthen the government’s balance sheet, another US2bn in the form of energy products (fuel, diesel) , and the remaining US1bn in the form of cash (grant).

The UAE has offered a US1bn grant and US2bn interest-free deposit with our Central Bank. As with any deposit at a bank, at some point these governments will withdraw. The reason we should be happy about this is mainly because the funding requires little negotiation with bureaucratic entities (enter IMF/World Bank) that will impose Structural Adjustment Programs that have long been known to interfere with state sovereignty and self-determination.

The nature of this financial support makes it a double edged sword, useful in the long-run only if used with long-term vision, and will only have short-lived benefits if it is not used to make strategic and structural changes to the way we spend.

These funds are given to Egypt out of goodwill; the tricky part remains what we do with them. Egypt needs to use these funds to overhaul finances, to build a solid foundation where we, for the last two and a half years, have had no strategic direction. Egypt is the country of 2nd, 2nd chances, let’s hope this time we can dig ourselves out of the weeds.

Forget if the the glass is half full or empty, drink what you can from it because life is short. Elimam is a financier by trade, a cylclist with a passion for getting words across, holding a dream to come home to an Egypt that's all she can be and more.