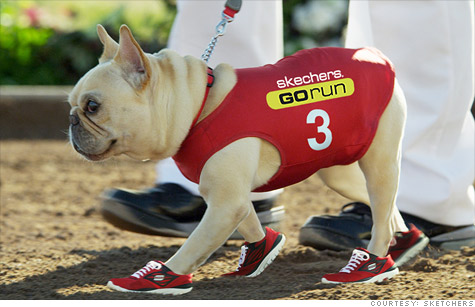 Although this may not be a new ad, since it premiered at the 2012 Super Bowl, but it is one of the best we have seen this season!

Sketchers out did themselves, when they chose to make the scene stealer of their commercial a dog rather than a celebrity! Mr. Quiggly delivers the message they want directly to it’s consumer, Sketchers running shoes can even make the slowest underdogs winners!

What closes in the message is the little French Bulldog moonwalking across the finish line!

We Said This: Bravo Sketchers!