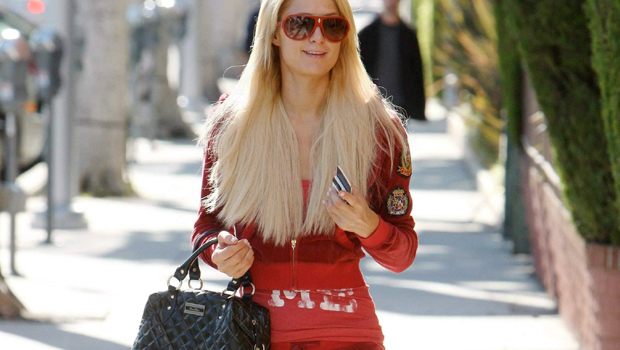 Men and women have different views when it comes to what’s fashionable and what’s not.

In an attempt to bridge the gap between both genders, we asked men to send in a list of things they hate women to wear. Here’s what they came up with, and what we think of their choices.

Men say: Hijab that’s showing off the fringe or the neck.

We say: We’re totally with you guys on that and couldn’t agree more.

We say: Though some girls really think they’re comfy, but most of the team certainly agrees they’re a big no.

Men say: Harem pants, especially the shiny ones. aka the famous Aladdin pants…

We say: They’re terrible, they don’t flatter any body shape and usually look like you’re wearing diapers under them.

We say: Ladies, you be the judge! You should know when you’re overdoing it with the leopard print. Try not to look  like you’ve just jumped out of a Lion King movie; wear it in moderation. Wear it with simple colors and let it be the only statement piece.

Men say: Anything that’s too tight or three sizes smaller.

We say: It’s not only uncomfortable, but also looks really cheap!

We say: Okay we know they hurt the eyes, and some or let’s say most women out there abused that trend, but it can be acceptable when it’s within limits. A small detail of the outfit, or let’s say a t-shirt paired with regular jeans and flats. Anything else, please hide it deep inside of your closet, even then it’ll probably hurt the eyes.

Men say: Leggings with a short blouse or shirt.

We say: That’s one of the most terrible things we’ve ever seen. It’s not just disgusting, but also very disturbing, you might as well go commando! The golden rule here is leggings are not pants.

We say: It depends on how they’re worn. Some women look trashy in them, others wear them with elegance. If you’re a fan of leather pants, be sure to pair it up with a long elegant top, that will do the trick.

We say: Tacky, clownish and fake, do we even need to say more?

We say: Seriously ladies, it’s a big no. You don’t want to look like you’re wearing a tent!

We say: Yes! An elegant cocktail dress would do the trick at a morning wedding.

We say: Don’t look like a Paris Hilton wanna-be from the early 2000’s.

We say: They look great on the likes of Miranda Kerr, but let’s face it, how many of us out there look or have the body shape of a model? Bandage dresses usually show off too much details of the body, which will multiply any defaux you might have times ten.

We say: While we think they’re trendy, but we totally understand where men are coming from. Why wear something that would remind him of his very own pair of jeans?

The Blue House Restoration: A Recapturing Of Beirut’s Rich…

We say: We actually like them, so when you go for a jumpsuit, just pick a fitting one that flatters your body shape. Voila you look awesome, regardless of what men say.

We say: Don’t look like you just wrapped up your head at a gift shop. Please!

We say: Do not wear them unless you’re on the beach.

Men say: Shape-wear being worn as a top (aka the Carina).

We say: Shape-wear is to be worn underneath clothes and not as a top, not sure how some women even make that mistake?

We say: They were never cool, not even for men, so why would we wear such an ugly piece of clothing?

Men say: Overdressed and under dressed.

We say: Yes, you should go dressed according to the occasion, don’t go over the top or hit rock bottom. But in the fashion world they always say, when you’re in doubt, overdress.

We say: True! Spice up your style a bit. There are tons of options out there which look even prettier than pants. We recommend you wear more dresses and skirts. It feels great and very feminine.

We say: It’s understandable that most of us women juggle between many things on a daily basis. Regardless of what men think, a woman should always take care of herself. Attention to detail is key, don’t ever let yourself go, you’ll feel more beautiful, radiant and your mood will be great.

We say: You know everyone sees them right? So they’re not really transparent, are they?

We say: Pick the ones that look flattering on your feet, and make sure you go for a pedicure before showing off your toes.

Men say: Half boots with mini-skirts.

We say: High school girl gone wild, so NO!

We say: We’re aware they’re a big trend at the moment and some pieces are very fashionable, however most of the denim overalls make you look like you’re a 5th grader.

We say: Unless you’re a doctor heading to the OR to perform surgery, do not wear them.

We say: Honestly, it depends when you wear them, just remember the pedicure, and make sure to pick a flattering nail polish color.

We say: We don’t like them either if you end up looking like the sunglasses swallowed most of your face, if you decide to go for them, make sure to pick a pair that’s proportionate to your face.

Fustany.com is a fashion & lifestyle portal by Arab women for Arab women to inspire them to live a life full of creativity. You can reach Fustany's Team on info@fustany.com or on Twitter @Fustany.